Looking for somewhere BUDA-ful to go? Check out Budapest...seriously! Budapest was not even on my radar. I didn't even know what country it was located in or where it was on the map, geographically. I did not know anyone personally who had been there. If you are curious, here is where it is located.

However, one cannot resist a travel deal when it is truly too good! When I saw Gate 1 offering a tour package for $700 with flight and hotel for 2 cities and 2 countries (Prague & Budapest) for about a week, a friend and I hopped on that! It even included a bus in between the two cities. However, weather complications led to a flight cancellation until the next day. Fortunately, this hiccup did not interrupt our time in #Budapest. Budapest, nicknamed the “Paris of the East,” is a European gem where we had the pest time! (*peeped what I did there*) What irony considering I made it to Paris on this trip as well! Three days allowed us to truly see a lot.

Things to know about Hungary:

Our journey to Budapest began with an 8 hour bus ride from Prague. After we settled in, we had a great evening:

The night cruise is truly the most scenic way to see Budapest as many of the buildings known in Budapest are along the Danube River, like the Parliament. You even get a cocktail of choice: beer, wine, or mulled wine. Unfortunately, I did not get to see the Parliament up close and personal. However, I discovered later on that this is the largest building in #Hungary and the second largest parliament building in Europe! 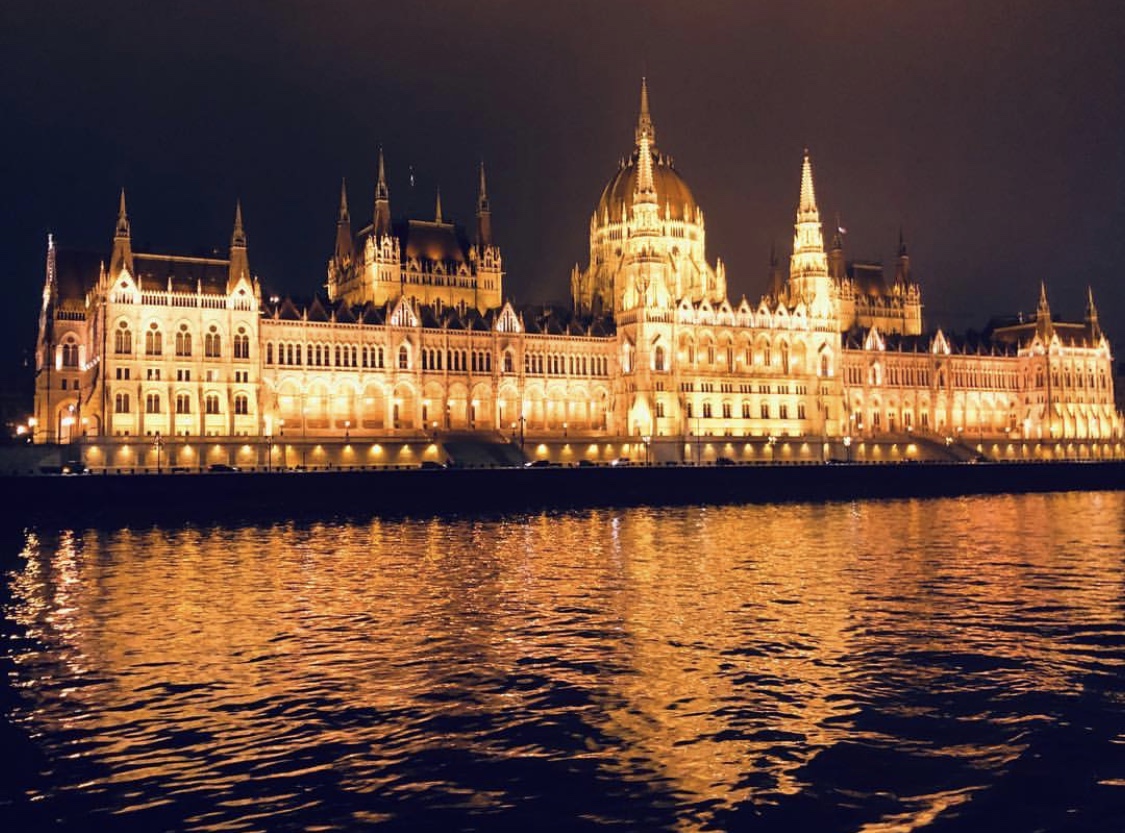 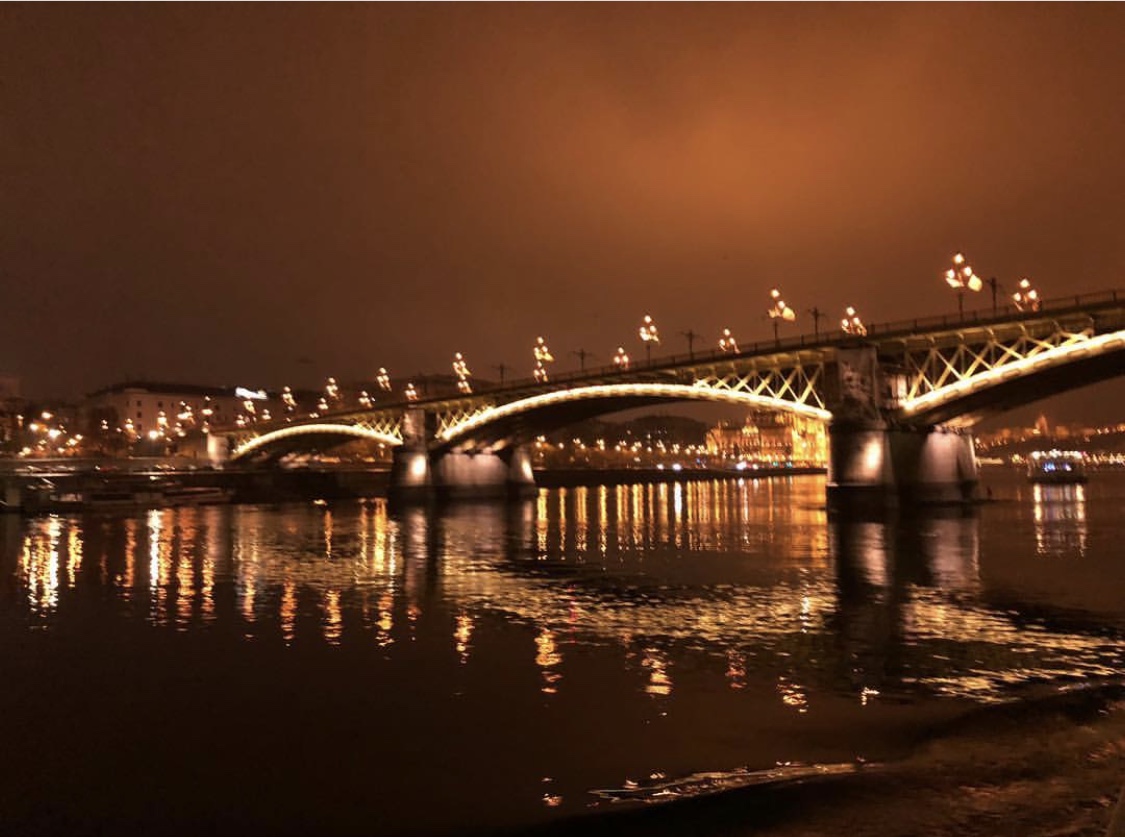 We had dinner at the oldest restaurant in Budapest, Százéves Étterem. This was such a treat. Considering that we were cold from our night cruise, it felt so good to then have a hearty dinner in a nicely decorated, toasty spot. I had the #goulash, chicken #paprikash and the chocolate soufflé .

Day 2: The “Touristy” Side of Budapest

This is when we got to see and experience the must-see items. I highly recommend taking at least one day to experience more of the “touristy” side of the city. As you experience the city, you begin to realize how far back Budapest’s history can be traced.

Our first stop for the day was a city tour. This included a bus tour where we made several stops to explore the main aspects of Budapest.

Heroes Square: This was created in 1896 to mark the 1,000th anniversary of Budapest. The largest and most impressive square of the city, the square’s Millennium Monument in the square was built as part of the Austro-Hungarian Empire. The tall column of the monument is topped with Archangel Gabriel holding the Hungarian Crown. Behind are two curved colonnades with statues of significant people in Hungarian history. On the left side of #HeroesSquare, there were five spaces left for members of the Habsburg dynasty. However, the Habsburg emperors ended up being replaced with Hungarian freedom fighters when the monument was rebuilt after World War II.

Gellért Hill and Statue of Freedom: On top of Gellért Hill (771 ft high!), there is a Liberty Statue that was built in 1947 to commemorate those who sacrificed their lives for the independence and prosperity of Hungary from the Nazi forces of the Soviet Union. The hill itself is named after Saint Gerard who was thrown to death from the hill. 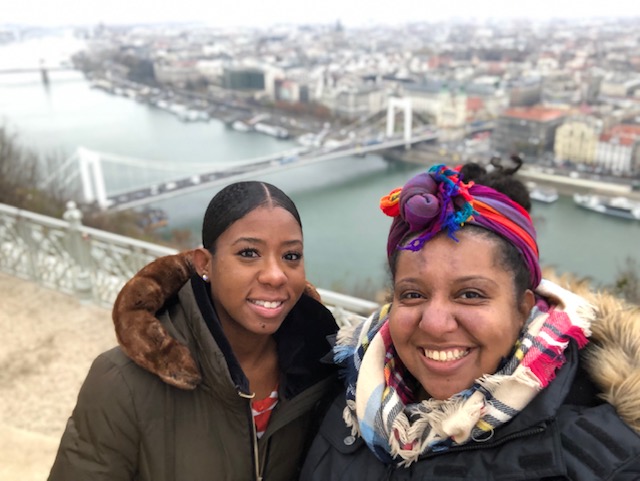 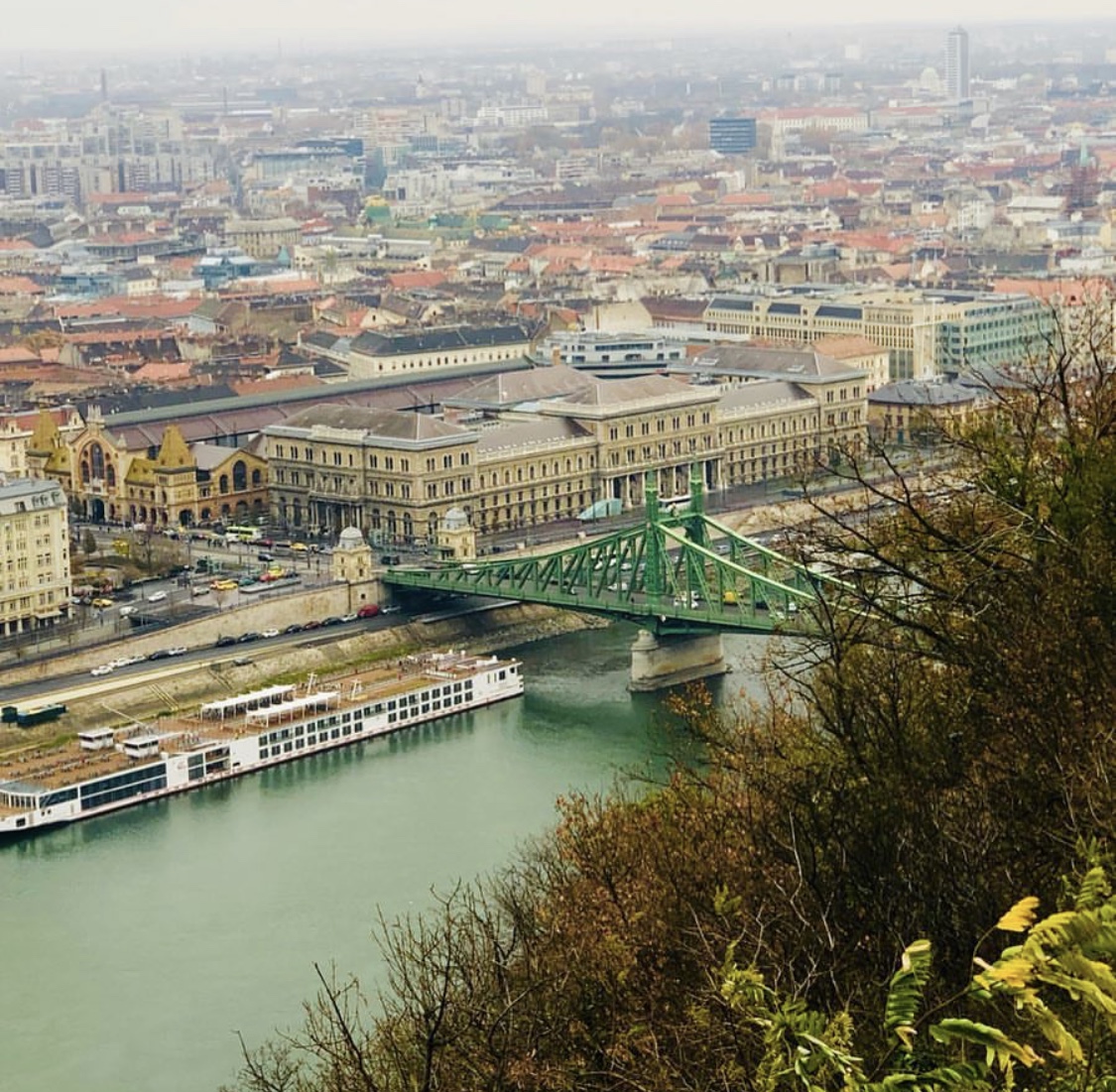 Matthias Church:  I was in awe of the façade of this church and you would be too! This Roman Catholic church was founded by King Bela IV after the Mongol invaders left Hungary in 1242 in complete ruins. Before that, a church called the Church of Mary stood on the site founded by the first king of Hungary in 1015, Saint Stephen.

Fisherman’s Bastion: This is a signature landmark of Hungary. Built between 1895 and 1902 as part of the series of developments that were to celebrate the 1,000th birthday of the Hungarian state, this castle gives medieval vibes to the max. There are seven towers, which represents the seven Magyar tribes that settled in the Carpathian Basin in 895 AD. 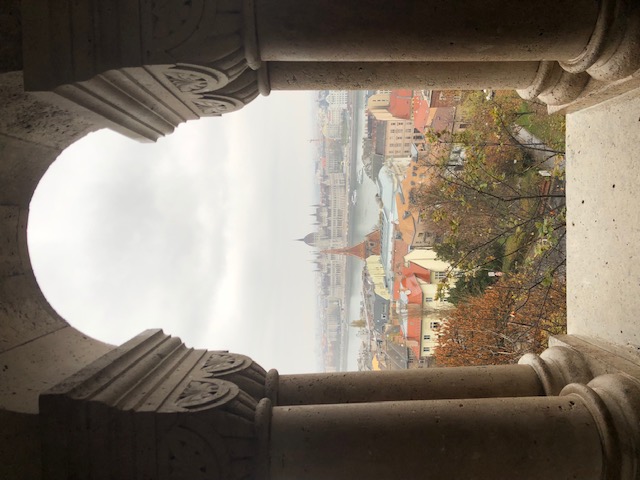 Also known as Central Market Hall, this historical market has been around since 1897. It is the largest of all the Budapest market halls and is very centrally located. If you are looking for a spot to buy cheap traditional food for lunch or souvenirs at a cheap price, this is the place to come! The bottom floor is filled with a lot of local produce and raw meats while the top floor is filled souvenirs and cooked food. 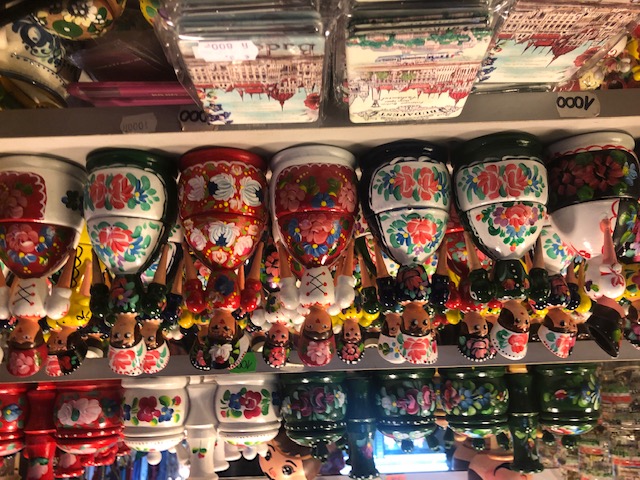 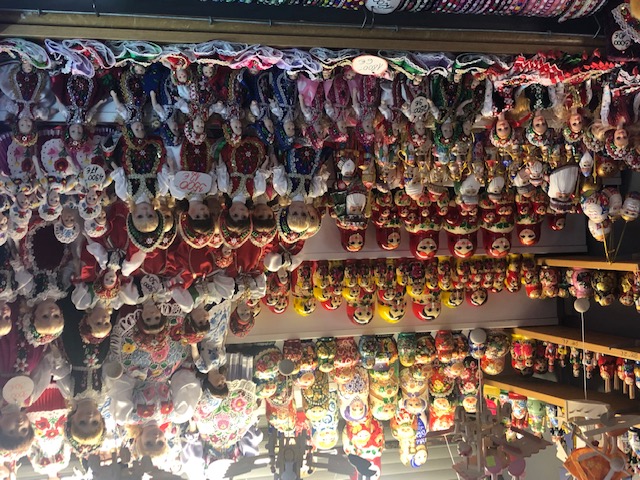 Did you know that Budapest is known as the “City of Baths?” It sits on a fault line, causing 120 hot springs to form across the country which feed into the thermal baths. As a result, Budapest has 9 thermal spas you can check out. Checking out a bath is an absolute must! Szechenyi Baths is the biggest and most popular of all the thermal baths in Budapest (and actually the largest in Europe!)  It is also one of the oldest, as it has been around since 1913. We purchased our tickets ahead of time online since we purchased it with a massage. When you get there, you will receive a waterproof silicone wristband which grants you entry into 18 pools (3 large outside pools and 15 smaller indoor pools) and also opens your locker or cabin. 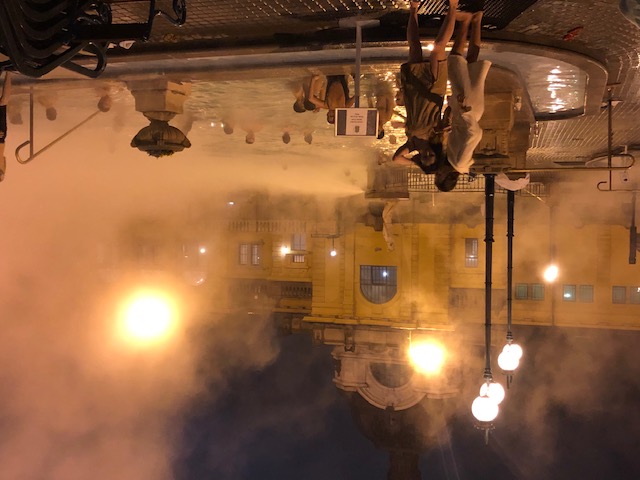 If you are looking for a modern, upscale experience, then Robinson Restaurant  is the restaurant for you! It is built on the water by a lake. The decor is very chic. The food is less traditional Hungarian and more grilled. They are an expert in grilled meats and wines. All the servers speak English, which helped with service. This is a place you go if you want to splurge a little.

The Wine Country Tour with Dinner was perhaps my most memorable experience of the trip. Thanks to Viator, I discovered this wine country tour. A van came to pick us up from our hotel and picked up a few more couples from other hotels in the downtown area.

The history of wine dates back to the 14th century, when a Hungarian king married an Italian princess, resulting in many Italians to migrate there. In the 16th-17th centuries, the Turkish Ottomans came and stayed for about 150 years. During this time, wine production stopped because they do not drink alcohol. The Germans then extended the #winecountry, turning Hungary to take third place in wine production. Wine tourism has truly started in the last 8-10 years. The limestone in soil makes the soil more acidic, which is helpful to produce white wines. Today, there are 22 wine regions with almost 1,000 wine cellars in Hungary.

We were driven from Budapest to the Etyek wine region, which is about 30-45 min away from Budapest. It is known specifically for white and sparkling wine. We got the opportunity to learn the history of the wine country from our driver/guide (who was an older female) as well as visit 3 family run wine cellars. At each place, they explained the history of their production while we sampled wine and ate snacks. There is a morning tour where you can visit 2 cellars.  The evening ended with a traditional 3 course Hungarian meal that left us quite full! I also left making great acquaintances. The owner of the winery (who is also the chef who cooked for us) proclaimed, “I promise to do only what I love.” That is a way to live!

TRANSPORTATION: How do I get to and around Budapest?

LODGING: Where should I stay in Budapest

FOOD: Where should I eat in Budapest? What are the national dishes to try?

Let me start off with national dishes to try out:

For particular restaurants to try out, I would recommend the following:

OTHER: What should I keep in mind when planning a trip to Budapest?

What are your favorite things to see, do, and eat in Budapest?