How to Spend 48 hours in Victoria, Canada

When planning my trip to Seattle, Washington, I decided this was also a good opportunity to venture out to the West Coast of Canada. Might as well make these two trips in one as who knows when I will return! Although my original intention was Vancouver, I decided that I needed more time. Hence, with some Google searching of ferries from Seattle to #Canada, I discovered a small, cute city with just enough for me to do in 48 hours: #Victoria, Canada. I will admit that I never heard of Victoria until this moment. However, once I started putting my itinerary together, I discovered that this city of European charm was just a 3 hour ferry ride away!

How to Get to Victoria:

I made my way to Victoria via Clippers ferry. You can book a package online for about $200 which includes roundtrip ferry service, an overnight stay in Victoria and one excursion. I took an 8 AM Tuesday ferry ride from Seattle and returned to Seattle by 8pm on Wednesday, allowing me me enough time to grab a quick meal to go and catch my flight back to New York!

One warning is that the ferry travels across the Strait of Juan de Fuca, which can be a very bumpy ride. Motion sickness pills are provided for free and it is advised that you take them before the ferry ride (it worked for me, as I tend to get motion sickness). On the way back, the boat was waving so much, that I was definitely praying for a safe ride back. Things to Keep in Mind:

When I got off the ferry, I waited for my bus to go to #ButchartGardens, which is a garden estate established by a family who came to Canada to produce cement with the rich limestone deposits. Unfortunately,  it was a very rainy day, so I was extremely wet from it. The drive from the ferry dock was about an hour long. The place itself is very huge to walk around. Considering it was raining so much and winter was approaching, I did not feel there many breathtaking things to see. The place, however, has carts of clear umbrellas stationed all over the gardens (so you can protect yourself from the rain). Although there were some pretty spots, I think that the best time do this excursion is in the spring. As such,  I hope to one day come back in the summertime when things are in full bloom. Butchart Gardens is apparently one of the top tourist attractions in Victoria, #BritishColumbia; receiving as much as 1 million visitors a year.

For dinner that evening, I checked out an Italian restaurant that had great online reviews. I can definitely see why. I would recommend making a reservation ahead of time as when I went to the restaurant, seating was unavailable for  2-2.5 hours. However, they were nice enough to squeeze a table for 1 as long as I was able to eat within an hour and half. The food here was rich, fresh and enormous! I surely came to the hotel with leftovers. You WILL leave stuffed! 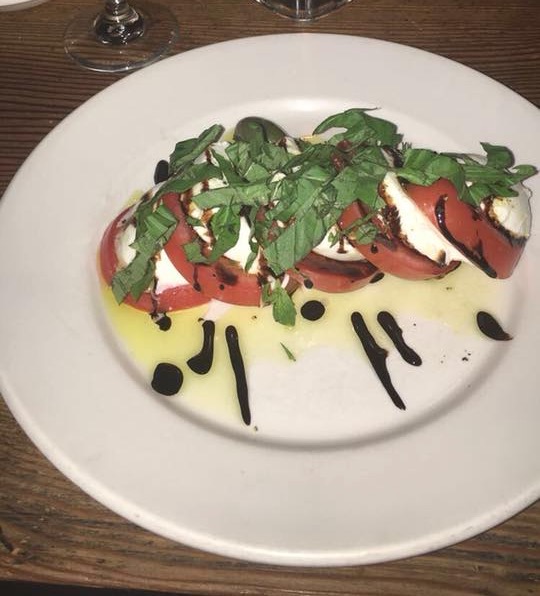 Making my way to the first excursion, I decided to take a stroll along the Fisherman's Wharf as it was the only day that I experienced bright sunshine while in Victoria. The views were breathtaking. For the first time, I saw a water propeller plane in action and it was also cool to see the #Europeanstyle buildings in the background.

This was more of a "morning tea" that I booked ahead of time on Open Table. It is best to book ahead of time to make sure they can accommodate you. I would say this was an overpriced experience considering it cost $75 Canadian dollars and I have experienced an #afternoontea of the same quality, for half the price, in Delaware. However, the price is related to the experience as it comes highly suggested for tourists.

I enjoyed having a cozy window view of the waterfront. I also liked the wide range of tea options. In fact, the tea is brewed for you on the spot and there is an hourglass timer that you can use to brew to your liking. Compared to my other tea experience, this had some cool touches such as the tea set with the #FairmontExpress emblem, or sugar in 4 ways (brown, white, crystal, etc).

Overall, this was a relaxing part of my day. It is an experience that enhances the Victoria charm! 3) Royal British Columbia Museum

4) A Taste of Victoria Food Tour

Although it was a last minute decision, it was the best decision I made. Having had such a good experience from my last food tour in Seattle, I figured this would be a good way for me to explore Victoria.

With some Google searching, I found "A Taste of Victoria Food Tours" and went straight to the meetup spot at 2pm at Victoria Public Market.  On the spot, I was able to pay for the tour. Having been to the market the night before and having had a taste Cronut and French bread, I knew this tour would not let me down. Fortunately, there was only a mother-daughter duo from California on the #TasteofVictoriaFoodTour, making this tour extra intimate. ​​

The tour started off giving a good overview of the history and layout of the market:

We got to bring some samples with us to the next stop, which was a French bakery. Here we got to try five different types of French breads. All of them were super soft and super fresh! ​​

Afterwards, we made a stop to the Roast Meat and Sandwich Shop. Here, I tried a meatball covered in marinara and pesto sauce with a piece of chicharron. It was even better having some leftover French bread to dip in the sauce! There are vegetarian options here as well. 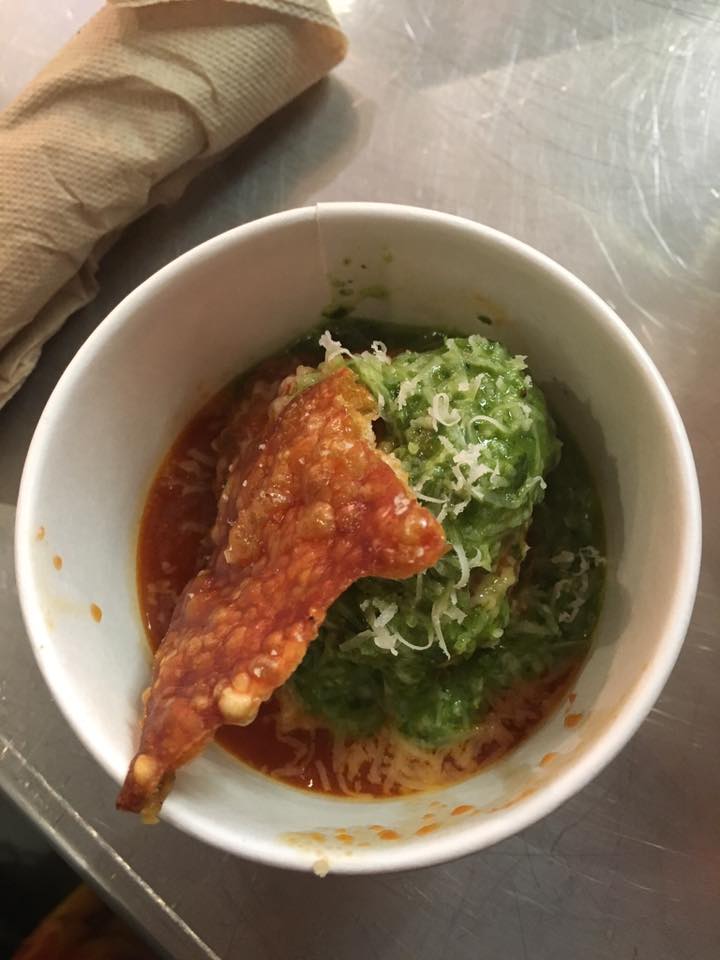 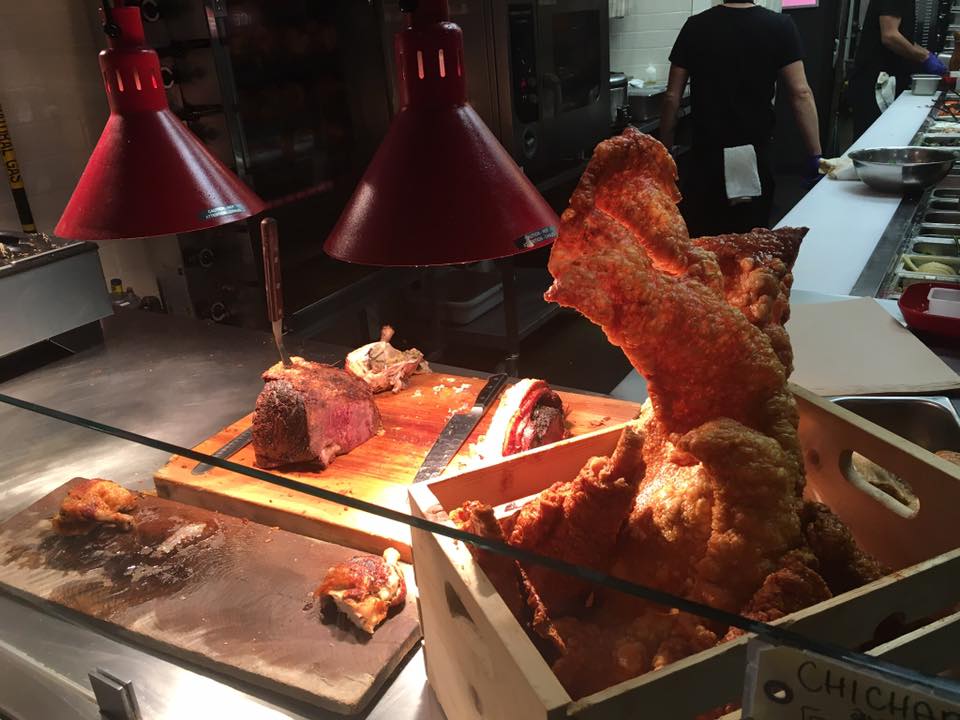 After the market, we made our way towards #Chinatown.  Here, I learned about how the first Chinese public school in Victoria came about and saw several landmarks in Chinatown such as The Harmonious Gates of Interest and Fan Tan Alley, which is actually the narrowest street in the country. Interestingly, Victoria's Chinatown is Canada's oldest Chinatown.

Along the Chinatown route, we stopped to try macarons from a French Japanese style bakery. The selection of pastries is wide, but more so, the selection of macarons. There were flavors ranging from birthday cake to lemon to holiday flavors like gingerbread. 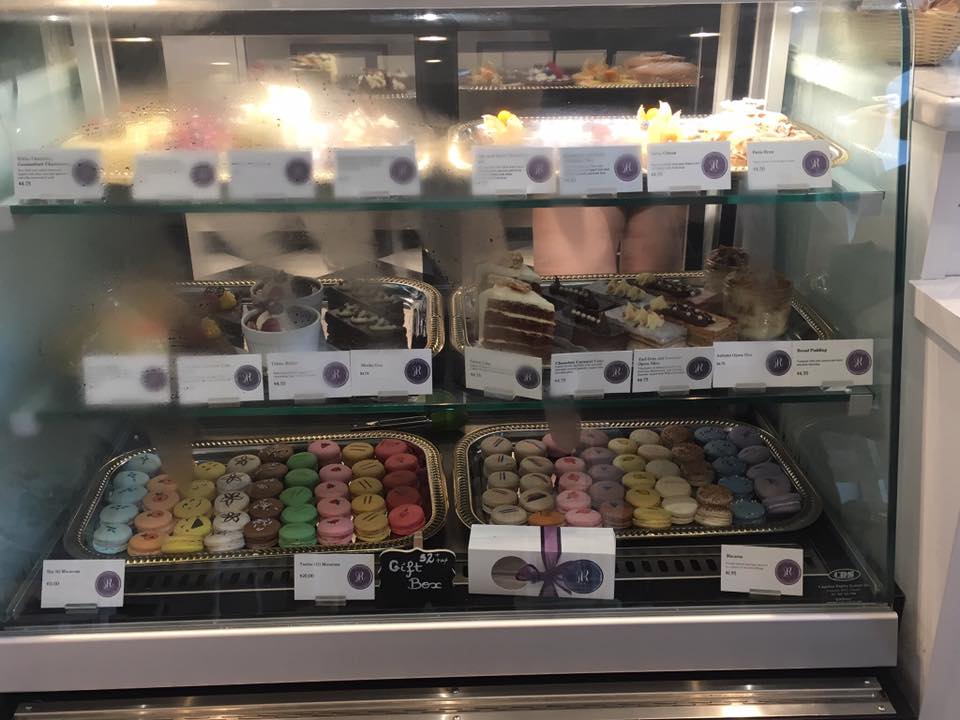 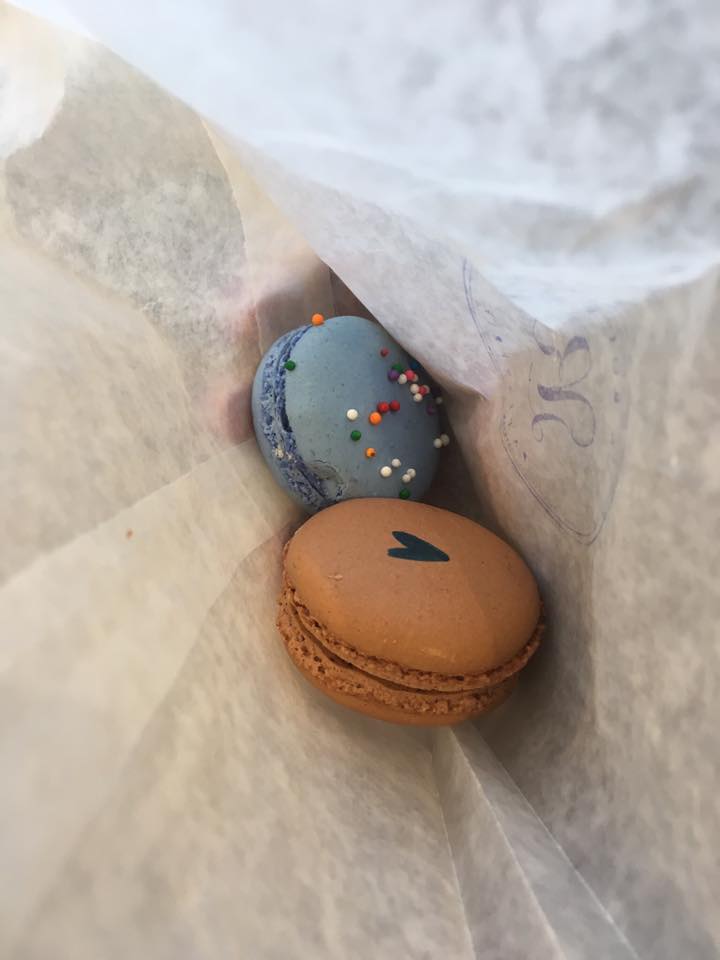 At the final leg of the tour, we walked around downtown to landmarks such as Bastion Square. We made our way to a pierogi place, which was a delectable surprise. We had the traditional ones coated with cabbage and bacon. However, this place apparently serves tens of different option, both savory and sweet, such as an Apple Maple Bacon Pierogi. ​​

The last stop on this food tour was to a bar, where we sampled a craft beer of choice. I am not a fan of beer. However, considering that it was a part of the tour, I tried it out. It was a great way to toast the end to this amazing experience! Although it is a fairly new place, it looks very antiquated. They even play black and white TV! What makes them unique is the selection of 50+ taps of the Pacific Northwest's Finest Craft Beer. 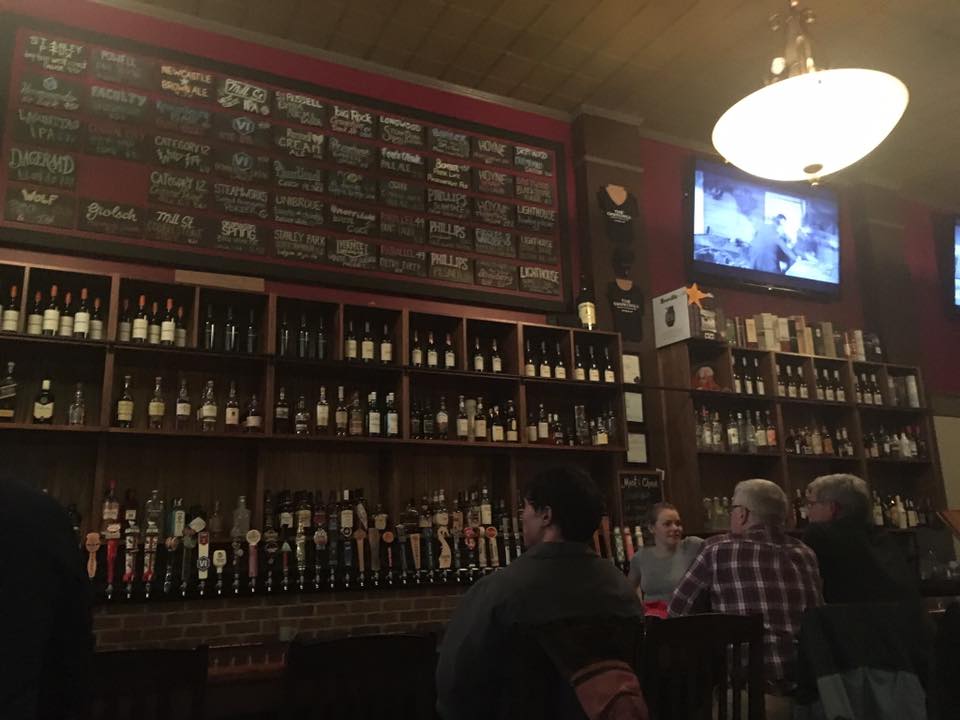 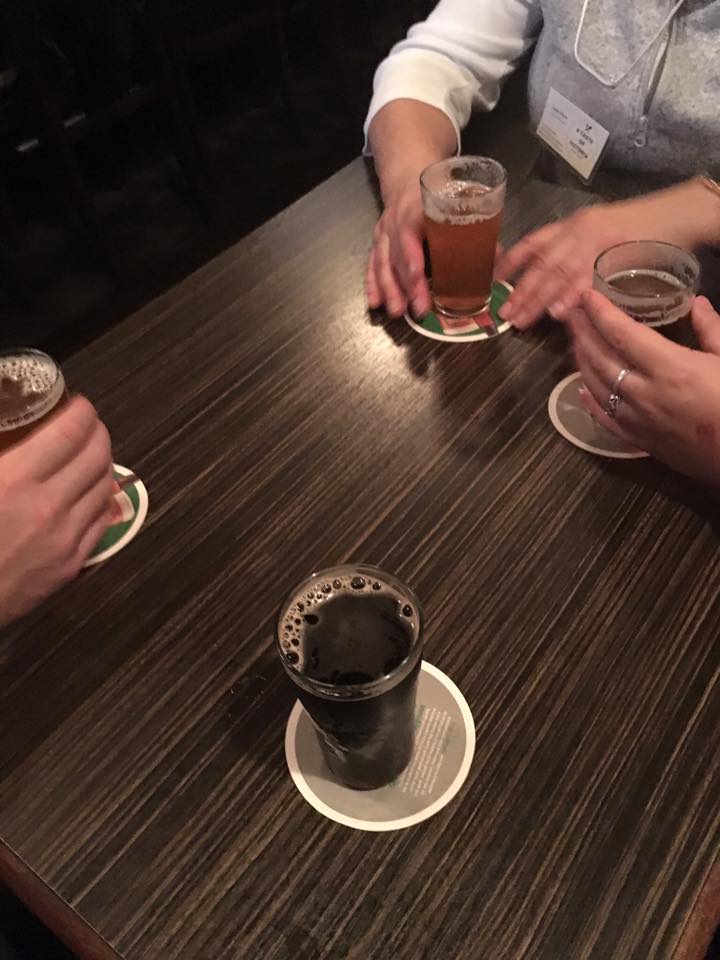 What are/would be your favorite things to do in