One of my biggest reasons for traveling to #Haiti was to see the #CitadelleLaferrière, a monumental structure that my mom has talked about with such pride since childhood. However, having lived an eight hour drive from it in Port-au-Prince, she has never made it even close to this massive fortress.

I can now attest from personal experience that one should not travel to Northern Haiti without visiting this 8th wonder of the world”. Known as one of the first monuments to be constructed by independent blacks, it was built atop the 3,000-foot mountain, Bonnet a L’Eveque, in the town of #Milot, located 17 miles from the major city of #CapHaïtien.

The Citadelle was built by Henri Christophe, a key figure in the Haitian Revolution who then became King of North Haiti after it gained independence from France at the beginning of the 19th century. Interestingly, #HenriChristophe was actually believed to be Grenadian. He had built this fortress in case the French returned to attack after independence and thought the location made it very difficult for enemies to spot. As a result, while you are looking at the Citadelle from below, you cannot tell how massive it is! Because Christophe wanted to easily spot when the French came to attack, a watchtower was constructed, pictured here.

I was most impressed by how the Citadelle was created. According to my local tour guide, it was made from sugarcane, animal (cow) blood, and sand with no foundation (except for the mountain) by 20,000 workers over a 14 year period! I cannot imagine the amount of strength it took to transport materials to the top, considering the mountain's steepness and that there were no clear paths up the mountain! SIDENOTE: PALAIS SAN SOUCI

King Henri Christophe’s palace, known as "Palais Sans Souci" or "Palace of No Worries", was built at the bottom of the Citadelle. The palace housed his wife Queen Marie-Louise (who was Italian) and their two daughters and was seen as the most important of the nine palaces he had along with fifteen châteaux, numerous forts, and sprawling summer homes on his twenty plantations. Clearly, Christophe was about that #sanssouci or "carefree" life!

With this palace, he wanted to demonstrate to foreigners, particularly Europeans and Americans, the power and capability of the black race. According to his advisor, Pompee Valentin Vastey (Baron Valentin de Vastey), the palace "erected by descendants of Africans, shows that we have not lost the architectural taste and genius of our ancestors who covered Ethiopia, Egypt, Carthage, and old Spain with their superb monuments."

The palace is also worth a visit as a lot of the structures are still standing, although now empty. You can even see outlines of the gardens and pool! Most impressive is the 250 year old "Justice Tree" that is still standing, supported by scaffolding. ​​

WHAT YOU WILL SEE:

To start off, the views on the way to the Citadelle are breathtaking! You are truly able to experience a wide, majestic view of lush greenery up the mountain; allowing you to clearly understand why Haiti is derived from the Taino word "“land of high mountains.”. At every step, I became more and more in awe.

The top of the fortress is comparatively breathtaking to the pictures of Machu Picchu. Atop, you not only see the wide views of the landscape, but you can also spot hundreds of cannons and 10,000 cannonballs. You have the opportunity to walk around and inside the fortress itself. As you walk around, you uncover more secret walkways and massive cannons. Not a single cannon was used because...the French never came back! Freed Haitians were playing no games about their independence! 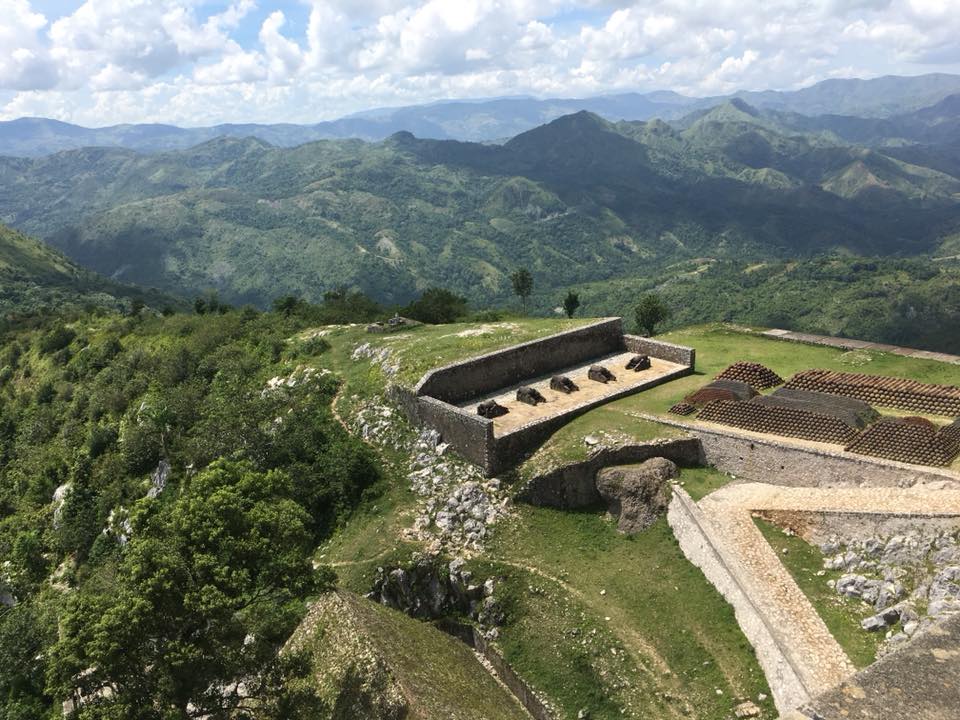 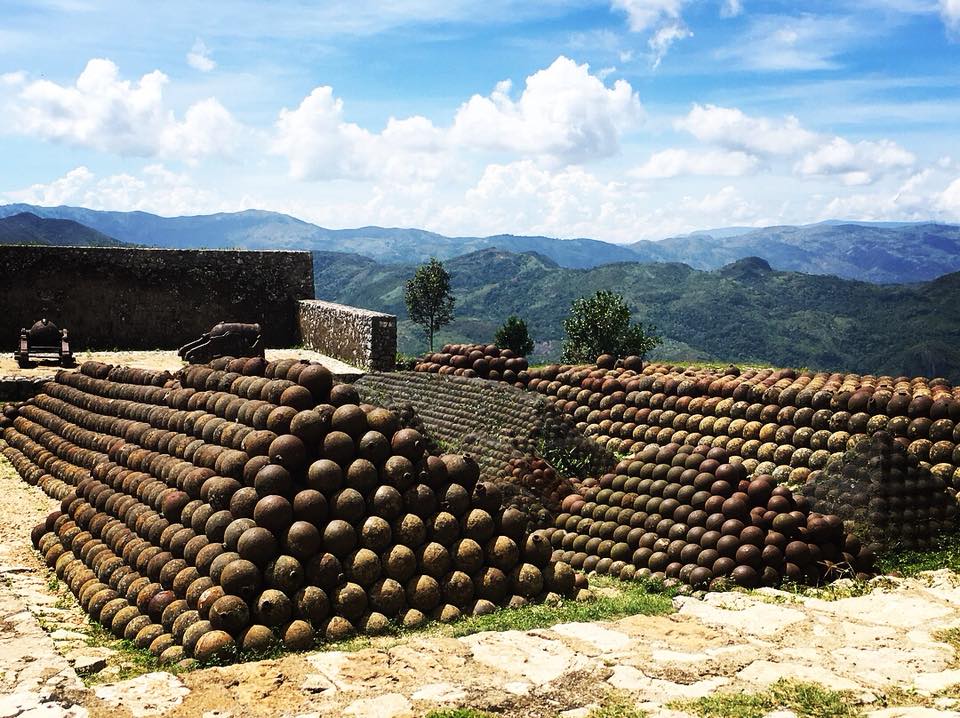 You can even see the ship-shaped aspects of its interior. The fact the fortress is still standing in such good condition is evidence that it was created very well. 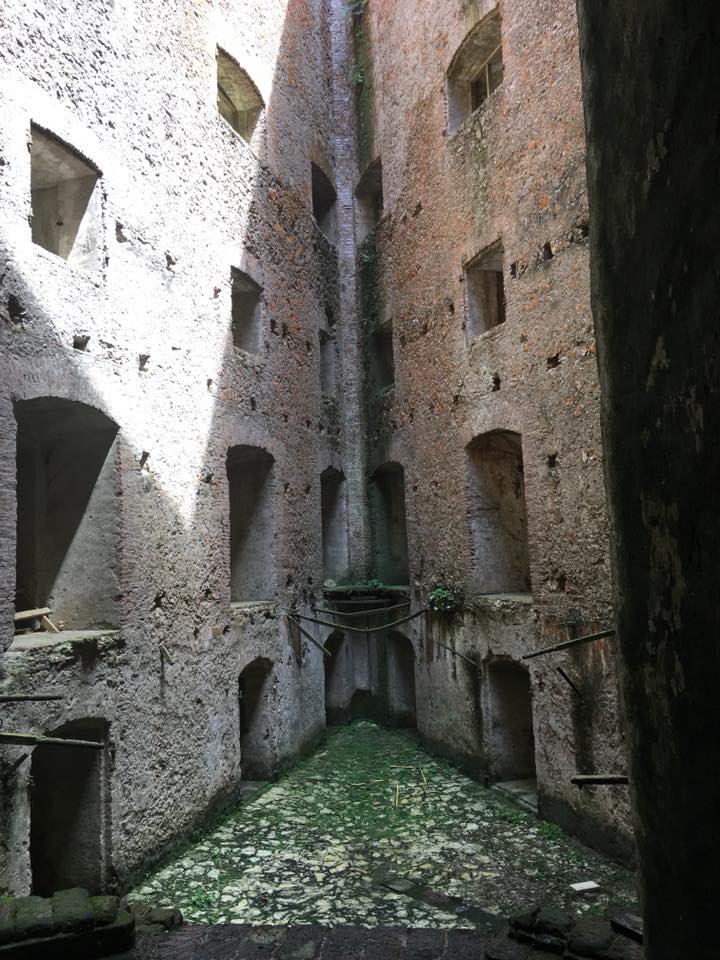 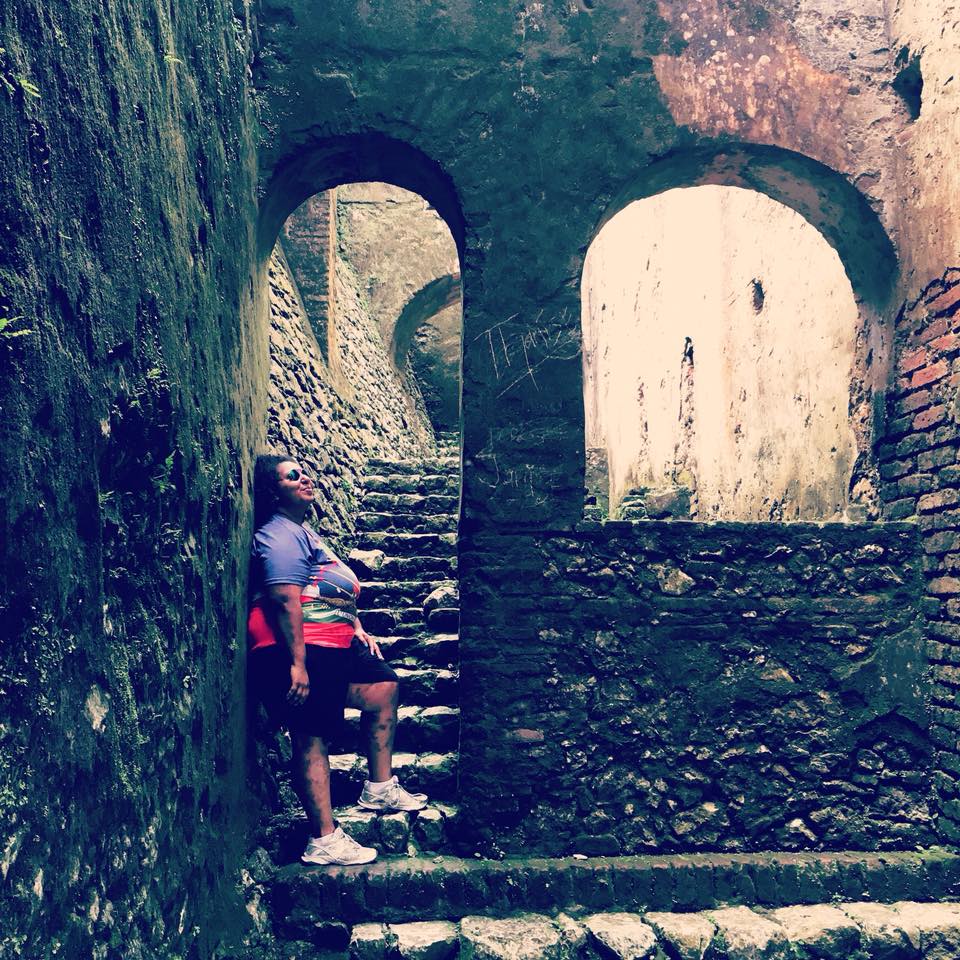 3 THINGS TO KNOW AHEAD OF TIME:

1. Trying to get atop a 3,000 foot mountain in tropical Caribbean heat is no joke! With a 4 wheeler, you will be able to drive about half way up the mountain. The ride is quite bumpy and lots of turns. This is a video of the latter half of the hike (which you must walk or ride a horse). You will not be allowed to use a motorized 4X4, which was used in the video: ​​

2. Locals will swarm you at the base of the mountain to get you to buy souvenirs or ride their horses while being your escort. They even surround cars! Do not be scared due to the fact that many of them are hustling to make ends meet. American money is worth a lot in Haiti, so our dollar goes a long way! It is best to is to continue walking and try to not make eye contact if you have no intention of buying.

3. If you do want to buy something, I would recommend that you a) always bargain as they tend to start off at a much higher price, b) buy either on your way down so you do not have to carry things up and c) make sure to pull the person aside so you are not giving money in front of everyone. Once someone spots you buying something, they will swarm you to convince you to buy something. Trust my personal experiences!

1. Visit VERY early. It is best to beat the sun as there is no protection. In fact, as you hike, you are getting closer and closer to the sun!

2. WEAR YOUR MOST COMFORTABLE CLOTHINGand WEAR YOUR BEST RUNNING or HIKING SHOES! Wear sunglasses. This is not a time to be wearing jeans or flip flops.

3. Although you do not want to have a heavy load on your back, make sure you have plenty of ICED WATER and snacks. You will get hungry as you are burning so much energy. You will get thirsty because you are sweating so much. If your water is not iced, it will become very warm by the time you make it to the top. Also, you will only find people selling water at the beginning and end of the hike, not in between.

4. Do not ride a horse up the mountain. As tempting as it was, I am so glad I did not. Not only did it make the accomplishment much sweeter, but the horses also looked out of shape. Considering that you would be on a horse on a big incline, I would be quite concerned falling from such a high elevation. However, an old man created a tree branch walking stick that was QUITE useful for stabilization going down the mountain!

5. Although this is not required, I would recommend allowing a local tour guide to follow you up and down the mountain. Considering the steepness and how strenuous the hike was, I felt safer having someone by my side. You will also learn a lot of history from a local. Moreover, my tour guide, Peter, volunteered himself as my personal photographer, so I got some dope shots. I tipped him $30 as he was with me for several hours AND took so many photos. Although he greatly appreciated it, I also felt better in knowing that my tip was going directly to a local who needs the money. ​​

What has been your experience at the Citadelle Laferrière? Comment below!