As you know, #food can make or break an experience. What originally was intended to be a time for exploration became sort of a food excursion in Colorado Springs. When it came to trying foods, I probably looked like this dog I ran into while at Seven Falls!

I don't know about you, but I heavily rely on the suggestions from the show Diners, Drive-ins, and Dives. I have followed their suggestions for the past four years and so far, it has not steered me wrong. There is a story on how it all started (but I won't bore you with that on this post).

The show, along with some careful Google searching, has helped me to "experiment" with #restaurants. I was able to cover a lot of ground. With that said, here are the top 10 places to try out in #ColoradoSprings!

This was the first meal I had in Colorado Springs. We were driving around looking for a local spot and saw this "hole in the wall." It was not dingy by any means, but it was definitely a local spot. Since I am all about supporting local businesses and eating #authenticfood, I decided to give this place a try! Having been around since 1970, they know what they are doing! For example, their chips and tortillas are made in-house in their tortilla factory underneath your feet. Portions are HUGE and the food is fresh. I must say that the guacamole was quite tasty!

Their margaritas are huge. You can actually join the "Mega Margarita Club," where you can buy a massive glass. Each time you come in and purchase a margarita, they will refill it and hole punch your card; leading to rewards. The glass is legitimately MEGA!

No, I did not join the club since I would only be here for 2 weeks :-P

I was QUITE excited to hear that there was a Jamaican spot in Colorado Springs AND within walking distance from my hotel. Being from New York and of Caribbean descent, this was a BIG deal. The reality is that there is not a great amount of diversity in Colorado Springs. I counted the amount of black people with one hand and they were mainly African American.

You know when a place is a good spot when there are lots of local customers. The service was extremely pleasant and the employees were very welcoming. Speaking to my server, I found out that she hails from the Bronx! She moved to Colorado Springs recently to join the Air Force Academy. When inquiring about the restaurant’s history, I discovered that the owners were from Jamaica (the country) and Jamaica, Queens! They used to be in the Air Force Academy, but then decided to retire to Colorado Springs.

As a person with high standards regarding Caribbean food, I would recommend this place. The frozen drink was banging! Although the food was pretty good, it was definitely different from what I was used to in terms of flavors. 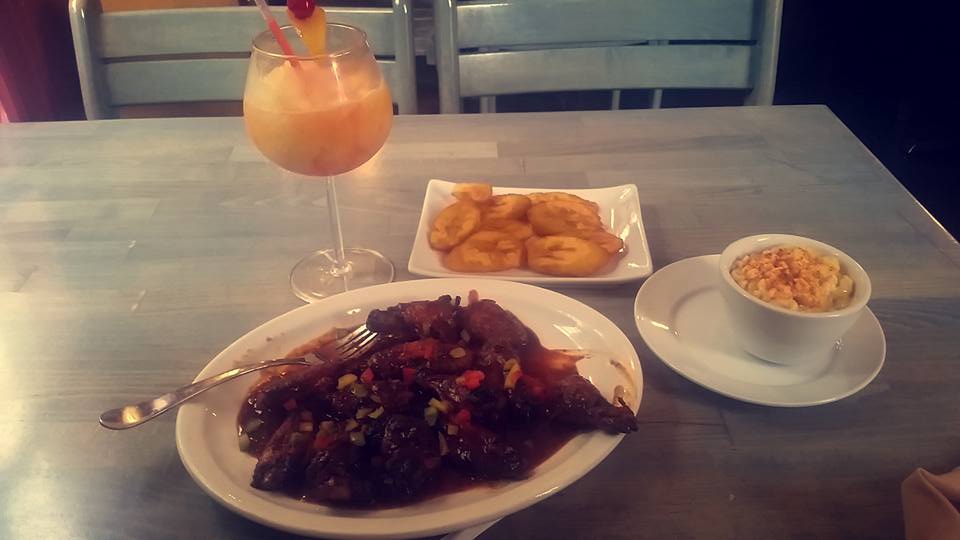 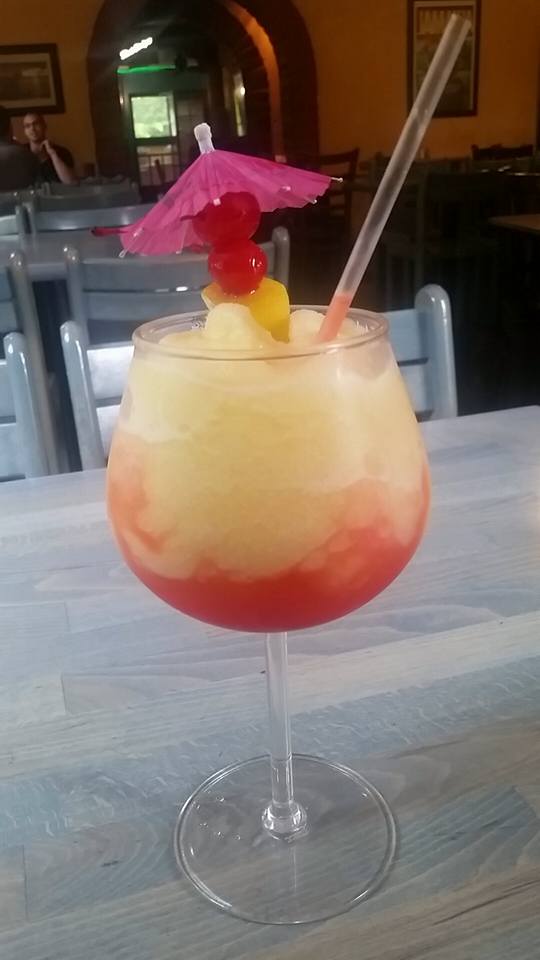 I am a LOVER of all things ice cream. If there is a homemade ice cream creamery to try, I will. Walking distance from my hotel was this ice cream shop which, at one point, had a line that went nearly out the door. Not only is the ice cream tasty, but the decor is cute. The servers were also very patient when it came to sampling. Therefore, if you have a sweet tooth, this is a place to check out.

Hands down, this is one of the best BBQ places I have tried in my lifetime, so far! They also give huge portions for a cheap price. In fact, I could not eat my entire meal and the next day’s leftovers were just as good. If you get there at a certain time, you can listen to live music. It is a very laid back place where you can enjoy the cool, fresh air while enjoying some finger licking BBQ!

This restaurant was discovered in a random Google search. I was attracted by the fact that the restaurant is located on an actual old airplane! Since I am into corny, touristy stuff and enjoy good food, I figured it was worth checking out.

I was amazed by how HUGE this plane was! The servers are dressed as flight attendants and the menus looked like newspapers. They truly carried out the theme in every detail (including the names of alcoholic drinks aka Jet Fuels). 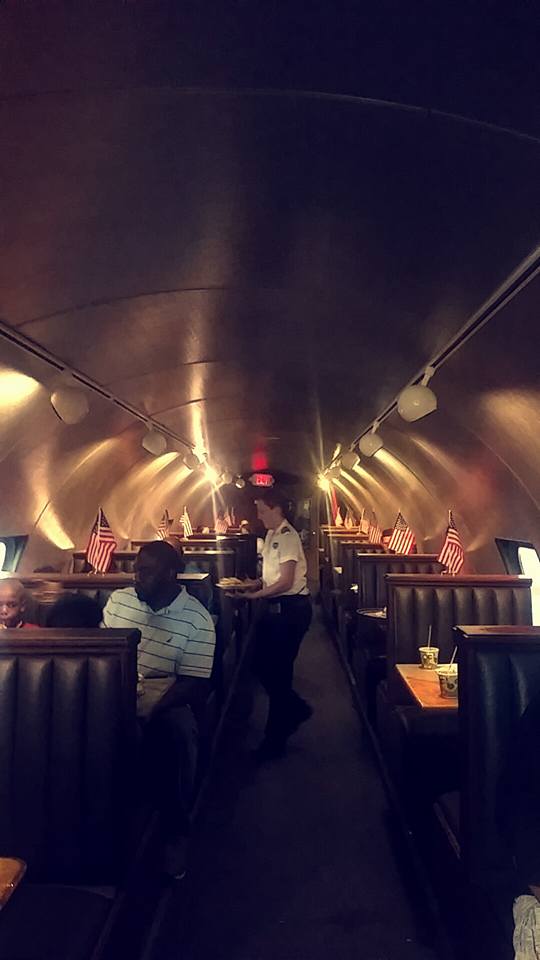 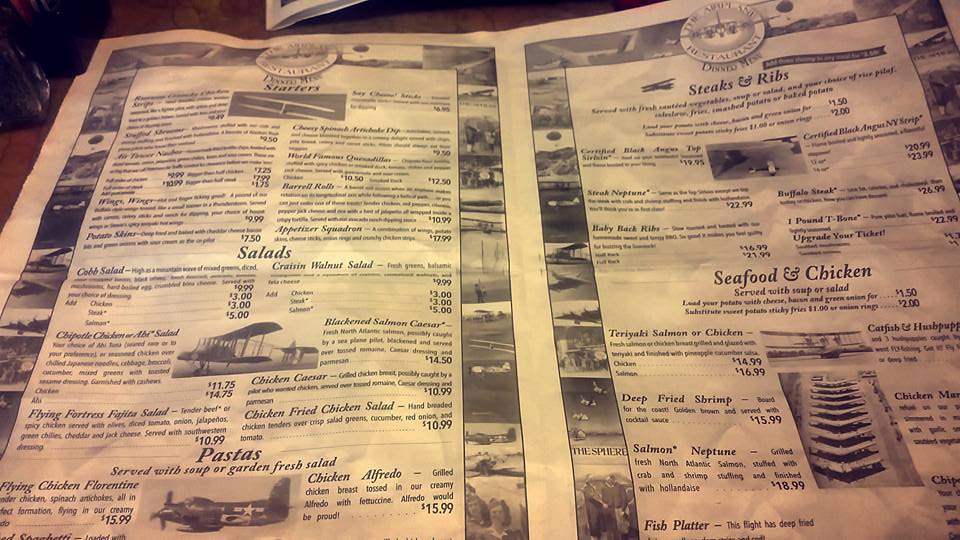 You can even have the experience of sitting in the cockpit!

Everyone I was with (including myself) ordered the steak. That is apparently what they are most known for. Although It was good, it was also definitely hyped up. I think it is worth trying out once, just to have the experience. However, please NOTE that although it will not be the best food you ever had, it will definitely be of decent quality. While there, it is worth getting their sweet potato sticky fries, which is coated in a mixture of vinegar and brown sugar. It is a lot better than it sounds as the mixture tastes like honey, but better!

The burgers from this place are so INTENSE that you will probably not be able to finish it. Made from beef that was raised on a local ranch, it has no antibiotics and no added hormones. EVERYTHING is homemade--condiments, sauces, pickles. There is an enormous list of toppings to choose from and an added bonus is that you could choose up to five toppings for free.

The #burger below is called a #SkirtedHeifer because it has an enormous extra layer of cheddar cheese resembling a skirt. I ordered mine with caramelized onions, bbq sauce, bacon, and fresh avocado.

I discovered this casual take out place (through Google) as we were searching for a place near the Seven Falls. My first thought was, "What!?!? There is soul food in Colorado Springs?" Located in a very deserted area, the restaurant only opens on Thursdays, Fridays, and Saturdays (which I found odd). The food ended up being pretty good!

Google told me that this place was in proximity to Royal Gorge Bridge & Park. Considering they brew their own beer, there was quite an assortment of beers to choose from. Normally, I don’t drink beer, but as they say, "when in Rome..." My beer was infused with some sort of fruit flavor. Besides the beer, there was nothing on the menu that particularly stood out to me. However, I did appreciate the fact that I was allowed to create a sandwich based on what I was craving.

When I found out that this was the city’s best Italian restaurant, I was skeptical because as a native New Yorker, there are tons of Italian places and people. However, after finding out that the owners are from New Jersey, my hopes increased. There is a reason why this place has been named a Gold Medalist for Best Italian by the Colorado Springs reader’s poll for over 10 years in a row! This was probably the best lasagna I have had, even better than a lasagna I had in Italy. The cheese on top had the perfect crisp and everything tasted fresh and meaty. The people accompanying me had ordered pasta dishes that were so massive, which resulted in them having full portions for two entire days. This dish paired well with a chilled Moscato!

(Yes this is as good as it looks)

This is where Jamaica and Italy comes together. I know what you are probably thinking, "How can jerk chicken and pasta come together? That sounds like an odd combination!" It is a combination that somehow works. Jamaican jerk seasoning is used in the chicken breast pieces that are mixed with the Italian pasta. It definitely gives it a good kick! You can adjust the spice levels as you wish. There are also vegetarian and vegan dishes to choose from.

Not only is the food delicious, but the ambiance is chill. I felt as if I was back in New York with the old reggae music being played. The paintings on the wall contribute to its island ambiance. I noticed many locals came there to have a Red Stripe beer and destress after work. Without a doubt, it’s definitely a place with a unique twist that worth trying out!

What food recommendations would you make to try in Colorado Springs? What is your favorite place to eat there? Comment below!

Let's Taco About It: Best Food Spots in San Diego