14 Reasons Why Portugal Deserves Its Own Trip

Has #Portugal ever been on your #travelbucketlist? If not, you are not alone! The reality is that the majority of people travel to Portugal either as a layover or as a joint trip with Spain and/or Morocco. Portugal, in many ways is Spain's little brother (or sister, depending your preference) because it is literally 5 times smaller.

For a long time, I only wanted to go to Portugal if I was also heading to Spain, hitting two birds with one stone. However, as I looked for tours, I found that most would spend several days in Spain, but then quickly brushed over Portugal. For example, an 11 day tour would only spend 2 days in Spain.

However, I was able to take part in a 10 day tour with my boyfriend, which was the best decision and reinforced why I like to explore a country in depth. That is just my personal preference -- do not fight me on that!

During this expansive 10 day tour, I gained a greater appreciation for Portugal. Here are fourteen reasons why I think Portugal is worthy of its own trip:

Did you know that Portugal has existed since the 12th century (1123), while Spain since the 16th century? Most people either do not know or fail to remember that Portugal used to be one of the most powerful countries in the world! During the Age of Exploration, its empire spread out to South America, Africa, and India. As a result of its ancient history, there is much to discover through historical monuments, which feels like an infinite number of #castles and #Catholicchurchgalore. There is an intertwined history of other religions as well.

Portugal has a deep colonizer history that is evident throughout parts of the country, but I will save that for another post!

Roman Temple of Evora dates back to 1st Century AD

Pastel de nata, anyone? I still think about the number of pastéis de natas I indulged in over the course of my trip. You can find this dessert at nearly every food spot you go to. You CANNOT leave Portugal without having had several of these flaky, custard tarts. Otherwise, did you really explore Portugal? 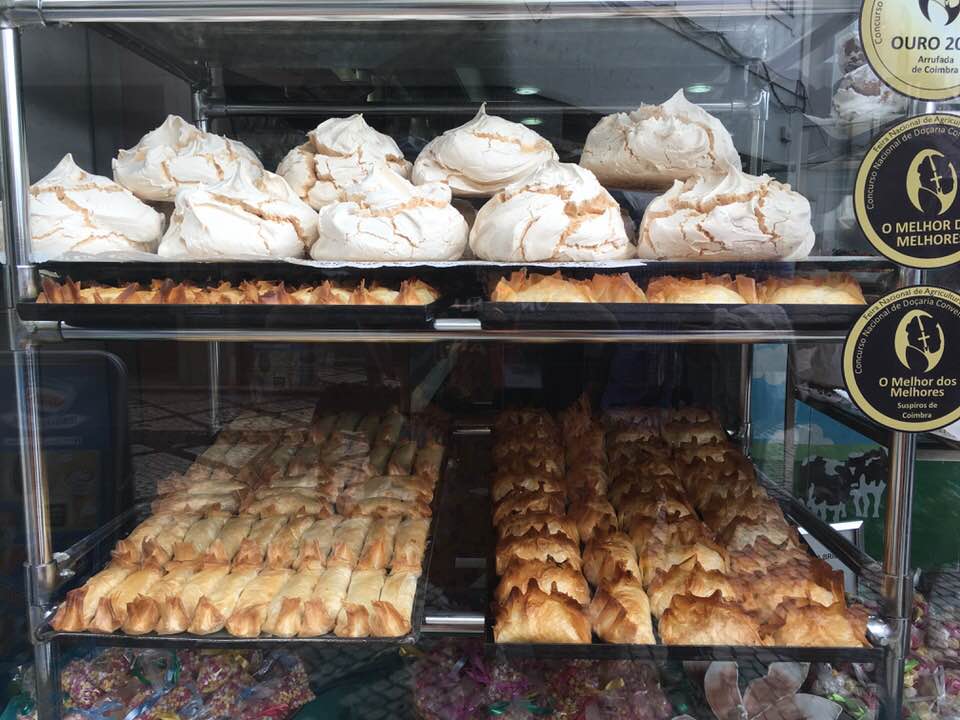 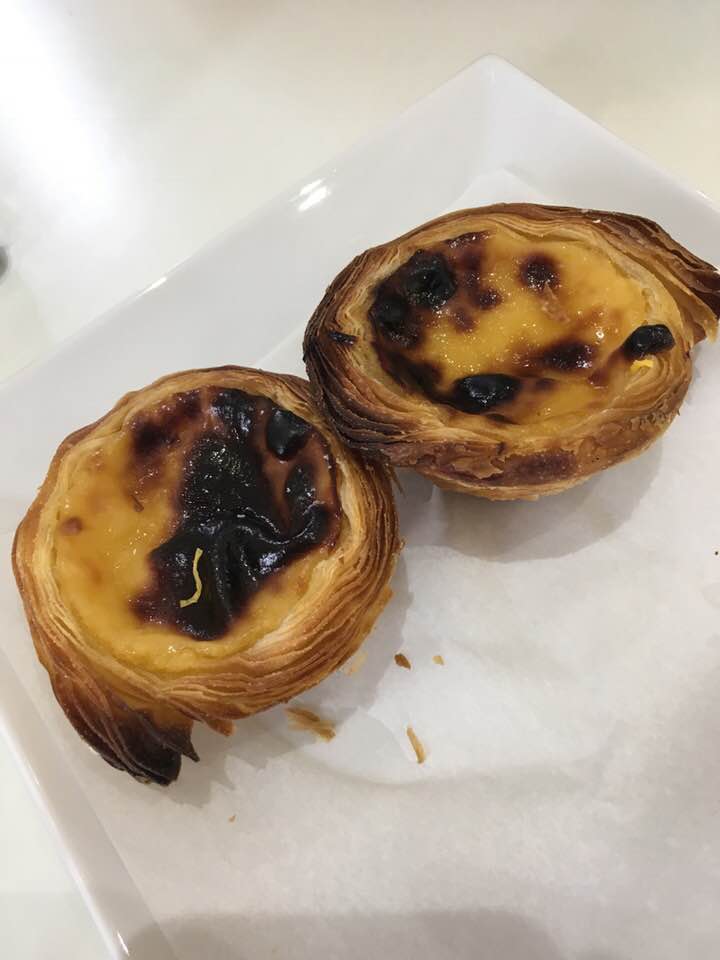 When I say that #wine is served with EVERYTHING, I really mean it. I cannot think of a meal where wine was not served. It is the "water of Portugal." One place we visited actually had a wine dispenser! There are two major wines that are must haves in Portugal: porto wine and vinho verde (green wine), which is actually a “young wine" and has a smooth, sparkling feel. Porto wine is now one of my favorite wines: it is a sweet dessert wine that is either red or white from the Porto/Douro Valley region. If you have the chance, check out the winery where you can see how it is produced, taste some samples, and purchase delicious wine for a fairly cheap price!

4.  Fresh Seafood cooked in so many ways

I had heard that Portugal had great #seafood, which makes sense for a #coastline country. However, I did not know to what extent seafood was an integral part of its culture. In fact, Portugal consumes the 3rd largest amount of fish after Japan and Iceland. The national food is codfish (bacalhau). Oddly enough, though, it has to be imported from Norway and Iceland. You will come to like #codfish because it is prepared in so many ways and integrated into so many meals. However, the best seafood dish I had in Portugal was grilled salmon (ironically)! 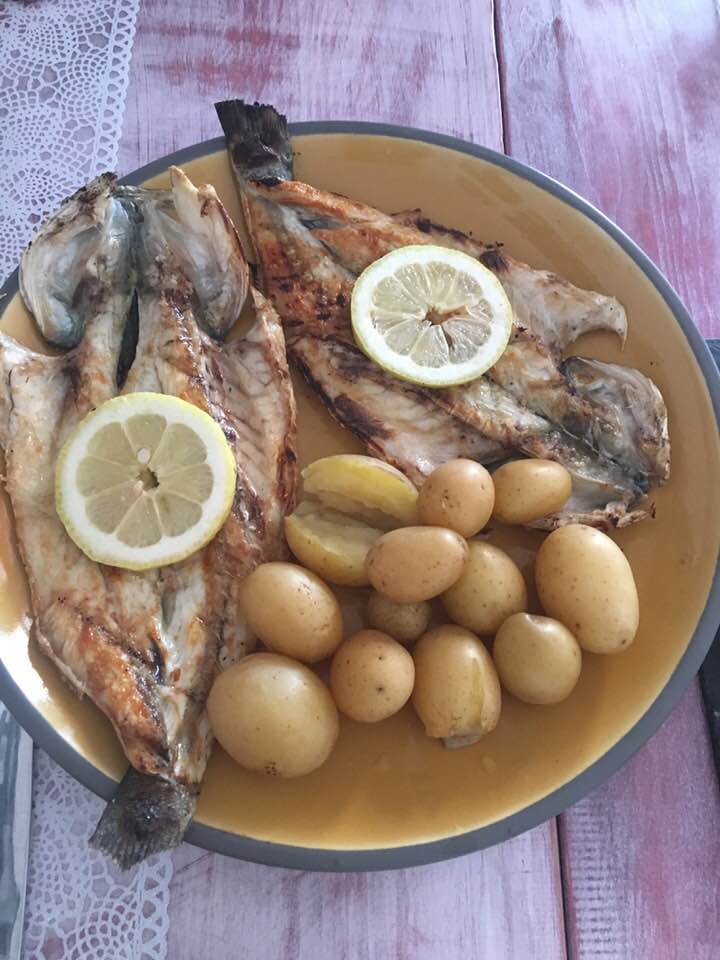 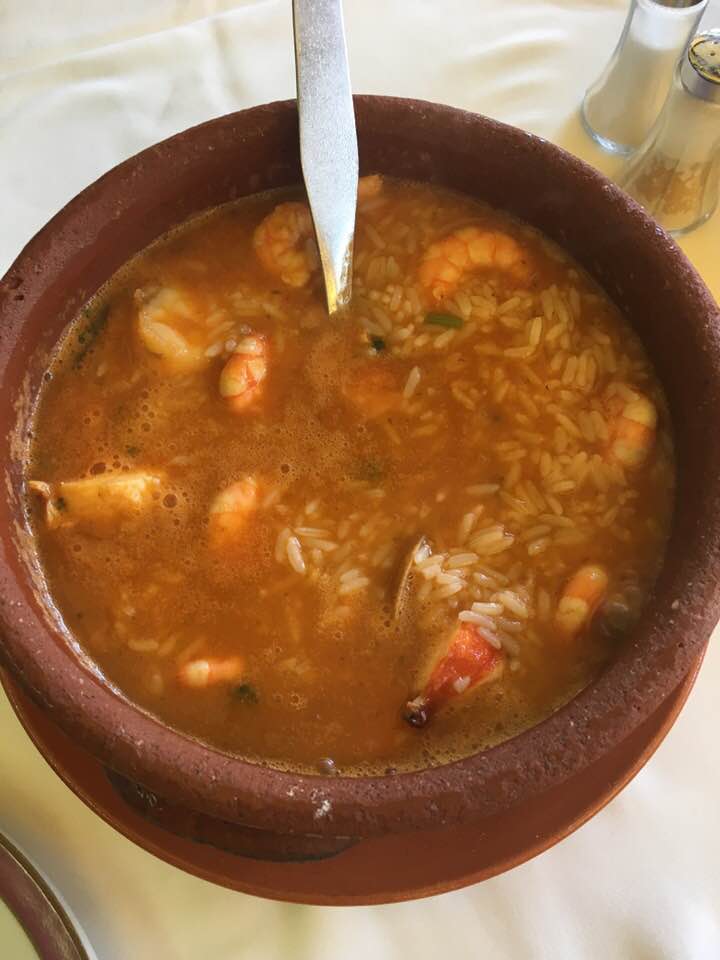 I don't know about you, but breathtaking# rooftops put me in a daze. Portugal is filled with orange rooftops, whether you are looking down from your airplane window, looking down from the balcony of the most prestigious university in Portugal (Coimbra University) or of a castle staircase. Despite the same views, it never gets old. 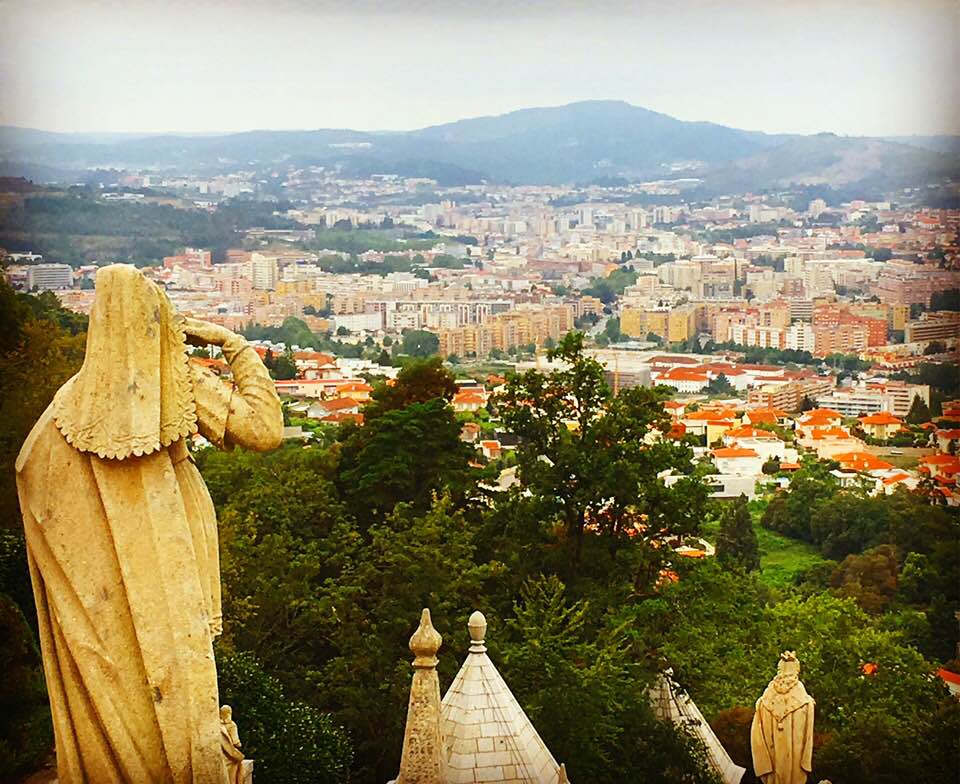 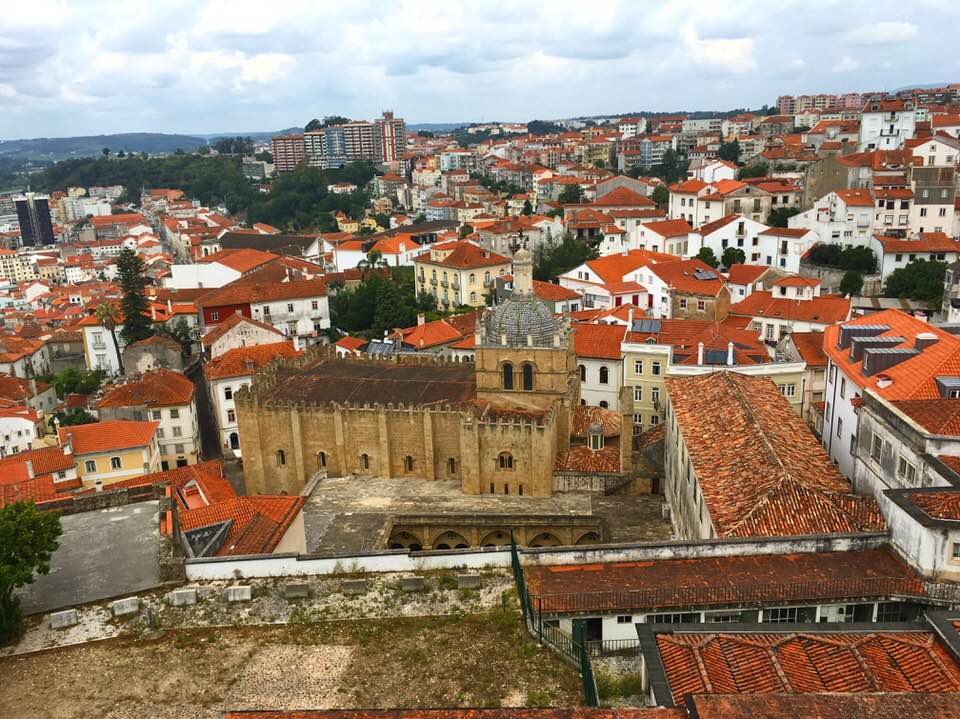 Have you ever wondered why they are all orange looking? The roofs are actually a Roman styled roof made from clay terra-cotta titles. The color is a result of baked clay (terra-cotta actually means “baked earth”) that is rich in iron-oxide (same as rust).

I was unaware of the amount of medieval vibes Portugal gives off. I was aware that Sintra was filled with castles, thanks to Instagram. However, that medieval fairytale was extended to many other cities as well. In fact, some of these castles are built on major hilltops, such as the Bom Jesus do Monto (Good Jesus of the Mount), located right outside the city of Braga.

Other cities with ultimate #medievalvibes include Óbidos (a little town that is encircled by medieval wall), Guimarães (considered to be the birthplace of Portugal) and Tomar, where we happened to come across a medieval festival (Festa Templar).

A major reason for the extensive number of castles in Portugal is that it served as a military defense for the Romans and the Moors, the prior rulers of Portugal. The Romans, who ruled and colonized the land that is present-day Portugal for more than four centuries, built forts with high walls and towers to defend their people. The Moors, who invaded the Iberian Peninsula in the year 711, brought stonework and fortified gates to the peninsula.

Portugal is a to-go-to travel spot because of its Mediterranean climate, which is hugely influenced by how close the country is to the Atlantic Ocean. The Mediterranean breeze leads to pleasant summers and mild winters. For example, in Lisbon, the hottest month is July, with an average temperature of 74°F (24°C) and the coolest is January at 52°F. I was in Portugal in July and it felt like springtime in New York City. To add to the amazing climate, Portugal apparently also experiences one of the longest hours of sunshine in Europe. Trust me, you will need your shades!

I did not know what Fado music was until I visited Lisbon. On any given night, you can find tens of tiny restaurants and cafes with live #Fado singers pouring their hearts out. Fado, which literally means "fate" or "destiny" is Lisbon's melancholic version of the blues. Although I did not understand a word, I was in feels due to the instruments, singers’ voices, and acting styles that go into a Fado performance.

9. Opportunity to Visit "The Beauty and the Beast Library"

This was one of the unexpected highlights of my trip. I had no clue that the Baroque “Joanina” Library of the University of Coimbra was the direct inspiration for the set designed for the recent remake of “Beauty and the Beast.” Unfortunately, guests were strictly forbidden from taking pictures. However, I was able to find pictures of the comparison online. The pictures do not do it justice! 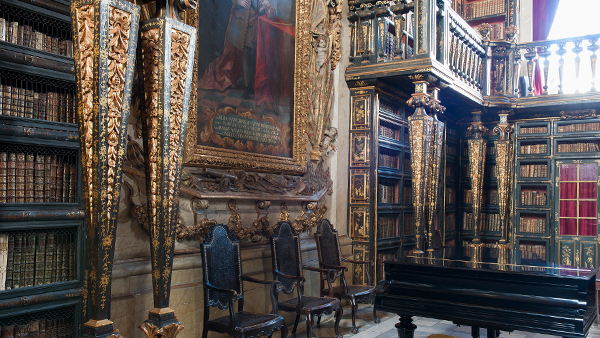 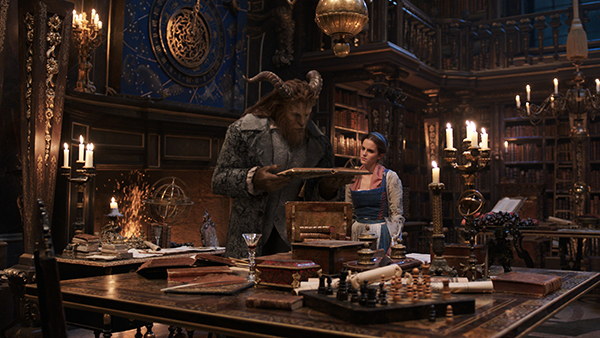 Despite getting a flood of tourists in recent years, it does not feel like it. There are so many calm and peaceful towns that have remained relatively unexplored. Part of Portugal's charm is the authentic, rustic restaurants that you find in many hidden alleys.

If you are a Catholic, you would have a field day! You will frequently find a Catholic church decked out in enormous amounts of gold. However, most of the churches you see are either in the main square or a hilltop, showing the traditional importance of churches. Interestingly, although 81% of the population is Catholic, only about 19% attend Mass and regularly receive the sacraments.

In addition to the enormous presence of churches, Catholics are drawn to the city of #Fatima due to the legend of the 1917 apparition of Our Lady to three shepherd children in this small village. According to Catholic stories, Our Lady appeared 6 times to the three children and warned them of several world tribulations, some of which have come true. There is a massive rosary and cross erected in her honor along with other structures. Many Catholics come to this city as a pilgrimage, which I was able to witness.

When one sees photos of Portugal, one always sees twisting #cobblestone streets. It is very easy to get lost, as I got lost several times myself. That is part of the beauty and charm of the country!

If you are not interested in climbing uphill on streets with loose cobblestones, experience Portugal through the scenic route: the Tram. Warning: Make sure that you have a strong hold on the handle as it can be a very bumpy ride due to the fact that it travels up, down, and around cobblestone streets. However, the experience is well worth it!

I fell in love with the intricate details of the Portuguese tiles. Whether it was in front of a cafe or the wall of a church, the details never ceased to amaze me. Portugal is famous for its glazed, ceramic tiles known as #azulejos (referring to the blue color of many tiles) and is actually an integral part of Portugal's history, dating back to the 13th century with the invasion of the Moors.  The word azulejo actually stems from Arabic roots, meaning ‘small polished stone’. Over the last few centuries, the use of these tiles skyrocketed and is now used for interior and exterior decorating in public buildings, private homes, restaurants, and even railway stations. 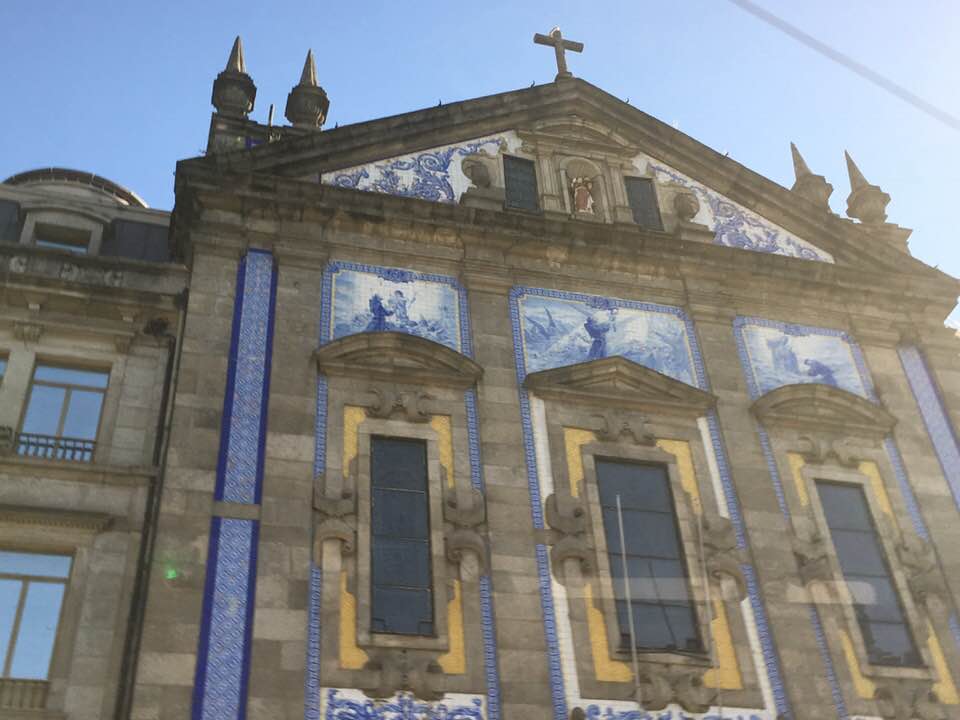 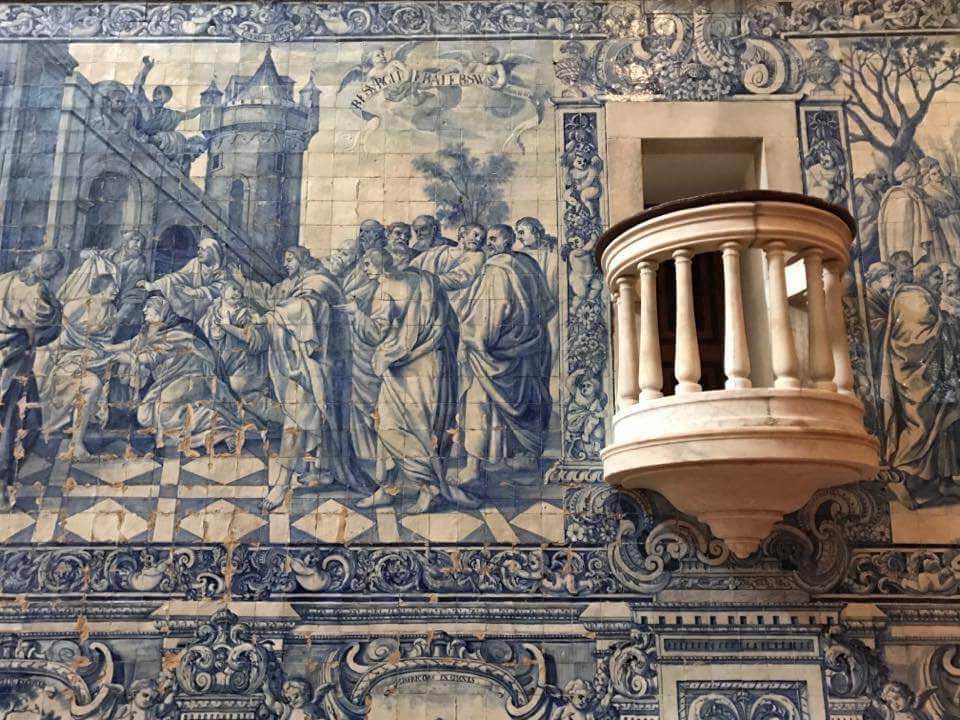 You probably assume that #cork is only used for wine bottles. Think again! In Portugal, you will find tons of products made of cork, whether it is a handbag, a bracelet, or some slippers. You will even find a fully decked out dress! Portugal loves its cork because it is a renewable resource that is used for tons of products. It is fire resistant, flexible, recyclable, biodegrable and one of the best insulators. During bus rides, we would pass acres of trees used to produce cork. Although it takes a long time to harvest and is an expensive process, Portugal produces 53% of the world's cork. Who knew!

What are your favorite aspects of Portugal? Comment below!

9 Mistakes to Avoid when Preparing for Your Iceland Trip

Top 10 Tips for Preparing for the Blue Lagoon

Exploring the "Land of Fire & Ice:" A Comprehensive Week Long Guide to Iceland