10 Ways to Explore Lisbon in 48 Hours

When one hears #Portugal, one immediately thinks of #Lisbon (known as Lisboa by the Portuguese). This makes sense considering that it is the capital of Portugal. Lisbon was the last place I visited in Portugal on my 10 day tour. However, as a result of having explored more of Portugal's unknown cities (which have more of a rustic charm), I was not necessarily wowed away by Lisbon as I expected to be. However, it is definitely a nice city to visit as there is a clear juxtaposition of modern and rustic that is worth exploring. Here are 10 ways that you can explore Lisbon in 48 Hours.

#Tram28 is a great way to explore Portugal because you will pass by many of the historical sites in the old Alfama district. For example, you will see the gorgeous Estrela Basilica as well as hilltop views of the water.

TIP: Try to catch the tram closer to end time of its route. 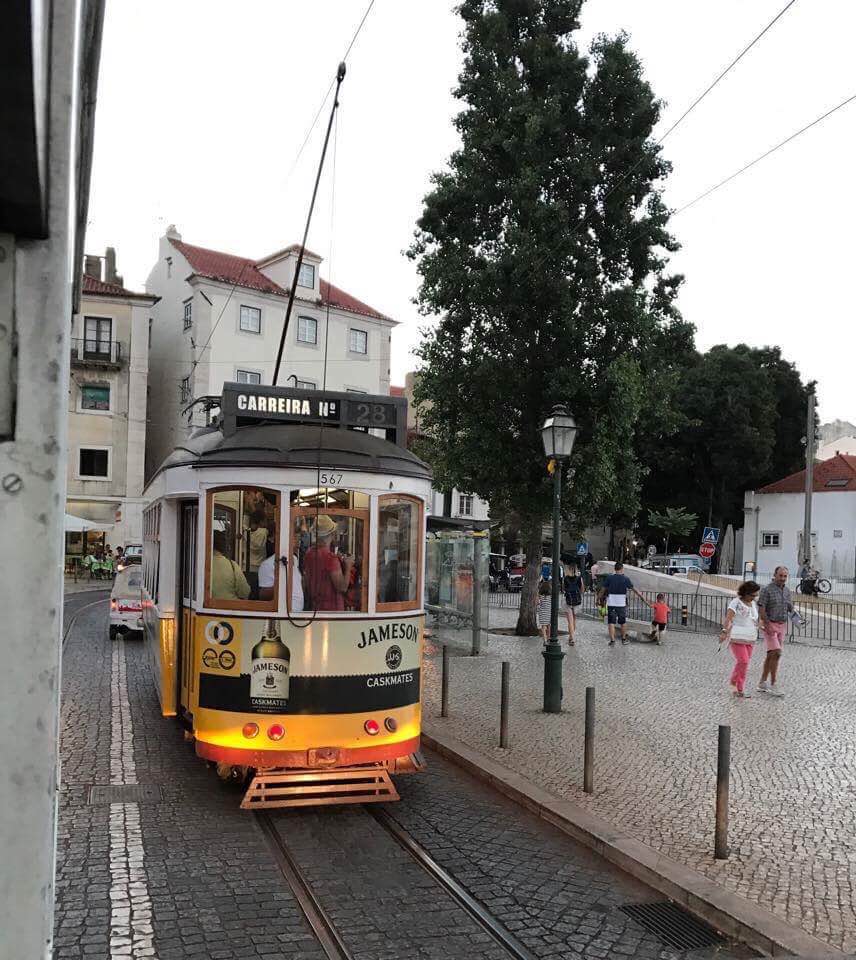 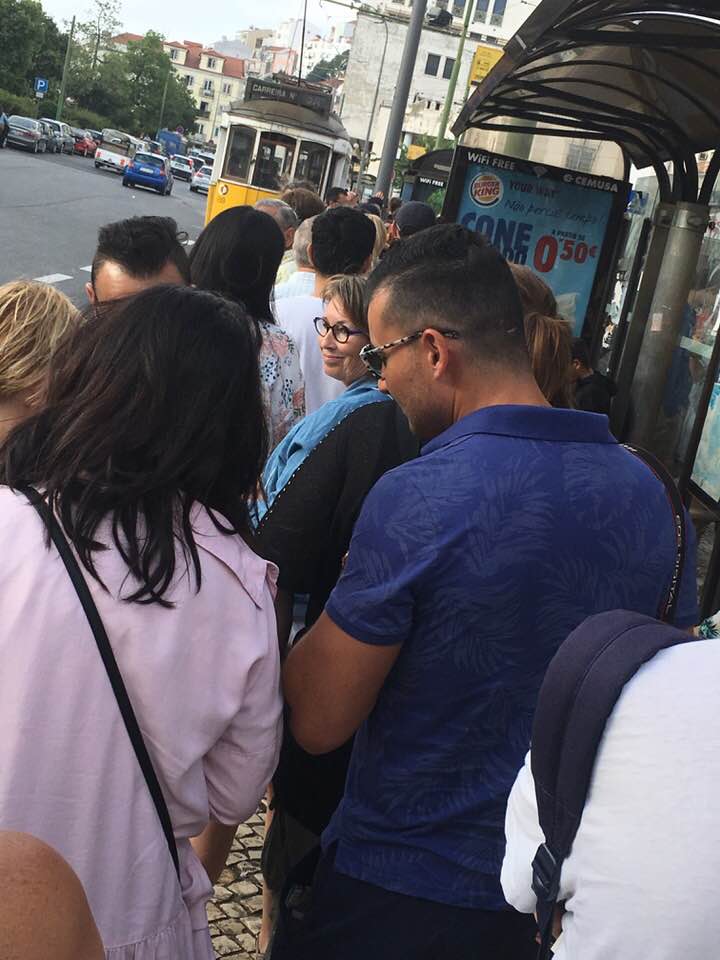 My boyfriend and I caught the tram at Square Martim Moniz, where it starts. There were many tourists like myself waiting for the trolley around 6 PM on a Saturday. However, the line was so long that we had to leave. The next day, came back at around 8:00 PM -8:30 PM (mind you, the tram apparently stops running at 9 PM). Although there was still a line, it was not as long and moved more quickly. We waited approximately 15-20 minutes this time.

TIP: Try to get a seat on the tram, especially where you can get a good look of the window! 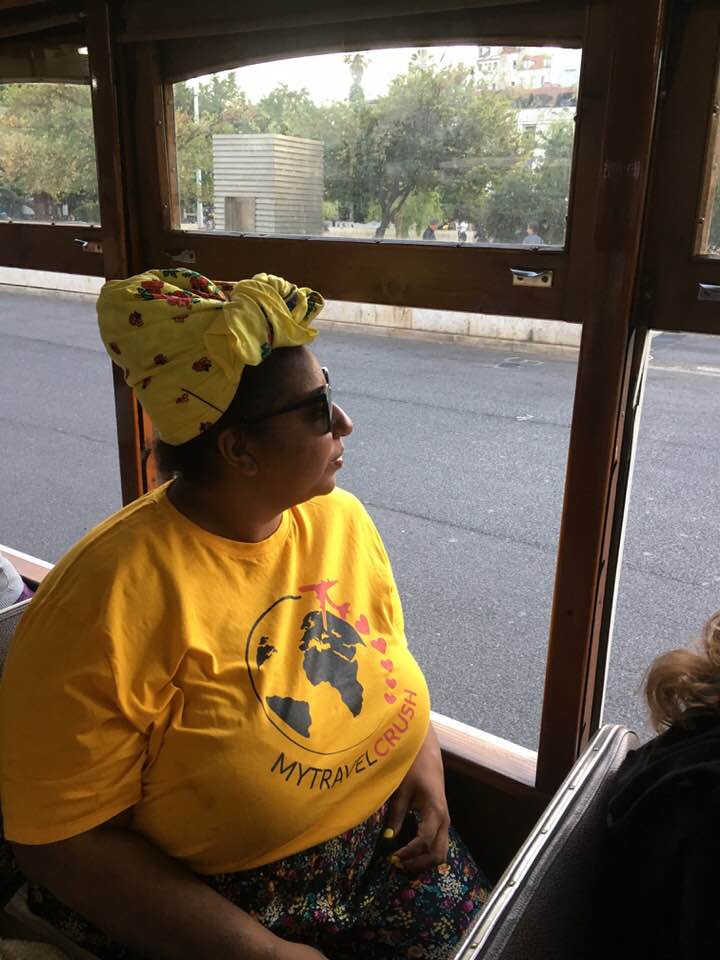 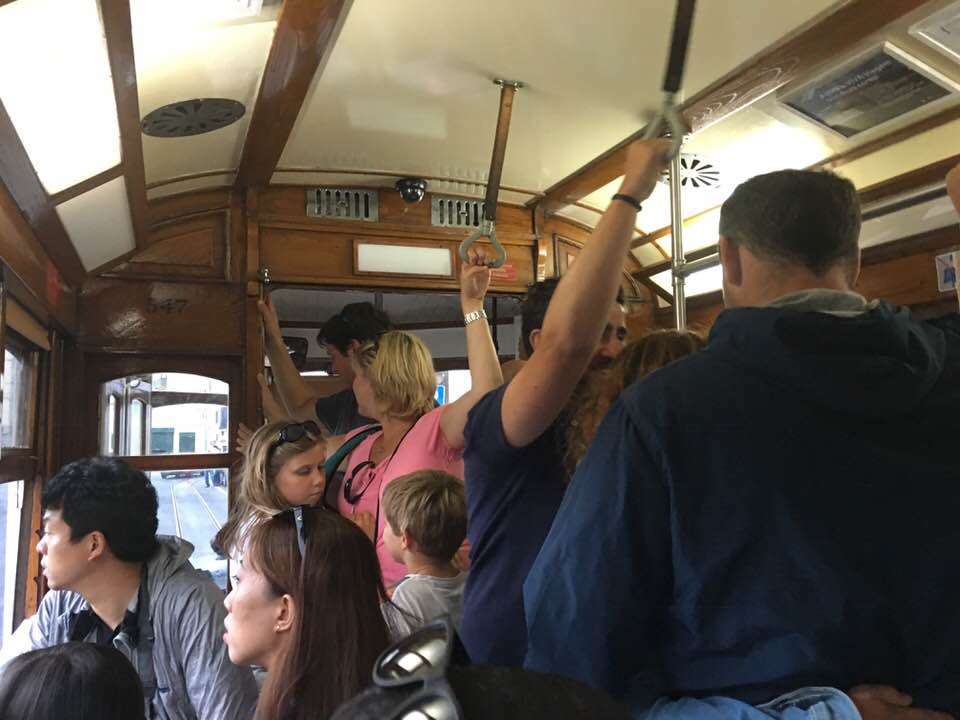 Which position would you rather be?

During our second attempt, we actually let people go in front of us so we could ensure a seat. Best thing ever! For one thing, the tram gets really crowded. Secondly because of all the hills, you will want to be seated as otherwise, it will be a bumpy ride. Trust me, we learned the hard way coming back! However, we did get a scenic view during the rides!

a) The tram route goes up some really high hills, which means it must also come down some big hills! Since the Alfama city is a Moorish city, the streets are truly a maze. There are moments where the street is so narrow that people have to go against a wall to let the tram pass.

b) You need to pay for the tram separately for each direction. When we arrived at the last stop, we literally had to get off the tram, get on line and then hop back on after the tram inched a few feet forward to then pay a new fare.

2) Walk Around the Meandering Streets

Lisbon has lots of winding streets and alleys; making it easy to get lost. That is part of the fun, right!?! You will find lots of hidden treasures: restaurants, bars, cafes, cute tiles and unique architecture. Literally, you never know what you will find when you turn an alley!

As I stated in my other blog post, 14 Reasons Why Portugal Deserves Its Own Trip, a #Fado show is a unique experience. You will find tons of places in Lisbon that specifically feature live bands playing the traditional Portuguese music. I was able to catch one that served a full three course meal. It was interesting to see many white Brazilian tourists at the restaurant of the Fado show.

I did not even know this existed until my tour dropped us at the site. It was simply breathtaking to see this castle-like tower in the middle of the water. Actually, it was built on a small island in the Tagus River near the Lisbon shore, which is now connected by a wooden platform. You can see a fusion of influences – from Moorish to Goth to Romanesque. Apparently, this was constructed in the 16th century and explorers such as Vasco da Gama would have seen this as their last sight of Portugal when theydrifted into the Atlantic Ocean.

In the vicinity, I had the opportunity to witness changing of the guards, shown here.

Most people know that Lisbon has a few trams but did you know it also has #cablecar /gondolas as well. You can catch it either near the Oceanarium or near the the old Vasco da Gama tower, now the My Riad hotel. We caught a taxi to take us near the Oceanarium, however it could not get too close to it so we had to take a 10 minute walk to find it. However, along the way we were able to see lots of restaurants and bars in an area that looked very modern. From up top, you can get major views of the ocean.

6) Chill in the Bairro Alto

This is probably the most well-known and touristic district of Lisbon, and with good reason. The area is packed with endless restaurants, cafes, and nightlife. You do not see it get lively until the early evening, at the earliest. Interestingly, during the beginning of the twentieth century, many artists and journalists would gather here in the evenings and now almost everyone is gathered at night! You will find many waiters standing in front of restaurants trying to lure you to check out their menu. It is worth at least walking through to experience the nightly liveliness!

From many angles, you can see the main square, known as Praça do Comércio. Formerly known as the Terreiro do Paço (Palace Square), it was the site of the sixteenth-century Ribeira Palace, which stood there until the 1755 earthquake destroyed it. The palace was one of the most impressive buildings in the country. Once the square was reconstructed, it became known as the Praça do Comércio, for its new function: merchants sold goods from the colonies and there were people funding expeditions to unknown lands. Currently, you will find lots of restaurants in the vicinity as well as a view of the river. The square is massive, distinguishable by the yellow symmetrical buildings.

8) Check out the Age of Explorers Statue/Padrão dos Descobrimentos

I have mixed feelings about these statues from a colonization standpoint (read my related posted, Black Tourist in Portugal: Uncovering Colonization History), but nonetheless, it is worth checking out because of its massive size. These 50m high statues were constructed to commemorate the 500th anniversary of Henry the Navigator's death, who was considered one of Portugal's greatest sailors. Translated as "Monument to the Discoveries," the statues were erected along the Tagus River where ships departed to explore, trade, and let's not forget colonize India and the Orient!

The biggest monument represents a sailing ship with statues on both sides. The main statue is of Prince Henry the Navigator leading 33 figures on both sides of the monument, depicting the history of the Discoveries. In the front of the monument, there is a huge sword. It is worth waking around it several times to capture the details! From a distance you will see a bridge that looks very similar to the Golden Gate Bridge in San Francisco, USA.

Similar to the Belem Tower, you can notice the fusion influence of Gothic and Moorish. The gothic cathedral was constructed on the site of a significant mosque, in order to reflect the dominance of the Christian Crusades over the North African Moors. The inside has areas decked out with gold, making it simply an awestruck experience!

Lisbon is very close to other cities such as Sintra, Cascais and Nazaré. Sintra is well known for its #medievalcastles with Moorish influence. Looking for the beach life and amazing seafood? Check out Cascais and Nazare! I will have information on things to do in those cities in a future blog post.

What are your favorite things to do in Lisbon, Portugal? Comment below!